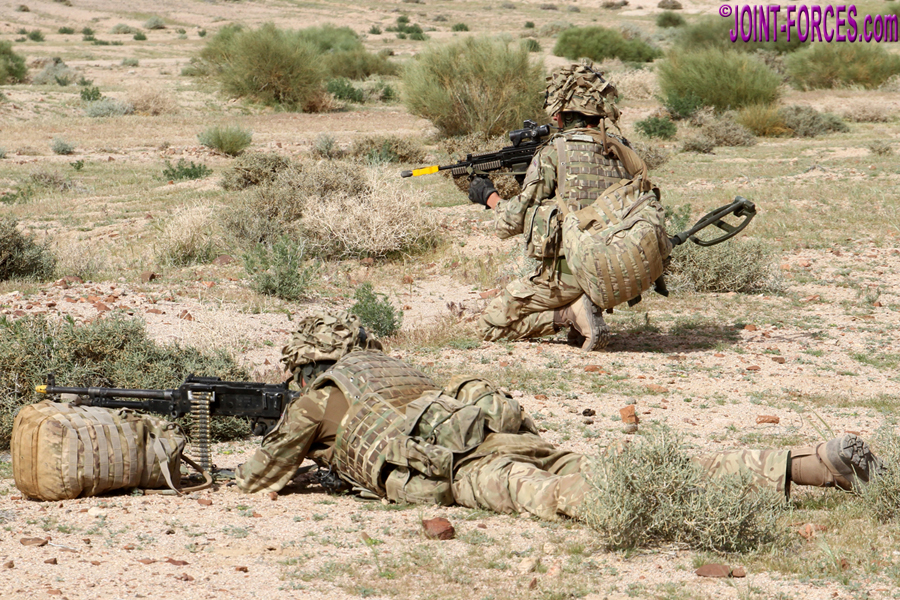 The plan to generate a more ‘bespoke’ armed forces appears great on paper – but in reality will it have the capability to deliver and sustain operations, ponders Six Two Alpha.

While the 2021 UK Defence Command Paper or DCP, published yesterday as the Defence in a Competitive Age report, highlighted Russia and China as ‘adversaries’ I doubt that re-badging line infantry battalions as Rangers or Specials Operations Forces will worry Moscow or Beijing. The increased spending in Cyber and raising the profile of 77th Brigade is all good – but just two years ago getting Wi-Fi at their base (outside of the military DII) was difficult and hampered weekend exercises by Reservists within the brigade.

Surely the bigger threat is the ‘unexpected’ – such as an attack by extremists on UK forces currently deployed in areas such as Mali or a resurgence of Da’esh across the Sahel. Despite any political reluctance to get involved, a direct threat to UK security could result in a limited response and a campaign subsequently developing. Such an incident could happen any day adding strain to the British Army’s capability – as, according to its website, it has (today, 23rd March) 3,439 personnel deployed on current operations with an unknown additional number on standing commitments in Cyprus, Gibraltar, Brunei and the Falklands.

In light of the Command Paper’s announcement that today’s manning is just 76,500 (not the 82,500 that Army recruiting personnel have claimed for months) and the future ceiling will be 72,500, the exam question is perhaps: Could the UK mount and sustain a major future intervention mission alongside a partner nation or in a Coalition? Whatever the deployed force number – at any one time one force is recovering, one is training to deploy and one is in theatre – do we now have the right manning balance for a future enduring campaign?

The Regular Army currently integrates the Reserves which as Major General Jonathan Shaw highlighted in his book Britain in a Perilous World undermines the concept of a reserve – once utilised as part of the main force you no longer have a reserve. In March 2021 the Army Reserve (AR) provides just under 2,670 (today) personnel on Full Time Reserve Contracts who augment the regular Army. A high proportion of these AR staff are officers who serve on Home Commitment contracts and decline to deploy on operations – adding to concern about future numbers.

I would suggest that today’s politicians have adopted a ‘risk averse’ policy that has also impacted on European administrations and society at large. ‘Ministerial responsibility’ has given way to ‘political preservation’ and the maintenance of an Army that embraces soft effects while our major adversaries build power in the form of super-tanks and expand their force capability alongside artificial intelligence and cyber not instead of it. In 2021 a lack of political leadership has now filtered into the armed forces as operational risks are the domain of the few in Special Forces. Health and Safety is now a key part of any combat estimate in a work place where, ironically, the mantra is to ‘close with and kill the enemy’.

To understand today’s politicians you need simply review the ministerial approach taken in Iraq and Afghanistan where Downing Street worried more about the ballot box and the influence of voters than the ‘delivery and end state’ of an intervention they instigated. This has historically always been the default-setting, but with a more educated and aware public, politicians the world over will in future be called to account.

The legacy of ‘risk’ became apparent in the early days of the Afghanistan campaign. In 2002 the UK MoD deployed eight Chinooks (CH47) to support a single UK battlegroup (BG) deployed at Bagram (Op JACANA). In 2006 the MoD deployed six CH47s to Helmand for a similar sized BG – then expanded it to eight for a Brigade. Despite repeated requests for more aviation assets which provide speed and surprise, London declined. Instead they sent armoured vehicles. Why? Because they feared a Taliban attack on a CH47 Chinook and the loss of possibly 44 lives would be too much for the UK electorate. Most – not all – of the UK armoured vehicles were wheeled. Anyone who has seen the film Ice Cold in Alice will instantly be aware that wheeled vehicles often bog down in the sand and generate a plume of dust behind them when they drive through the desert – sending a message to the enemy that UK forces are en route. No surprise , no speed!

Soldiers in Helmand filled their armoured trucks with water, ammunition and food – the increased weight often left them unable to travel off-road as they sunk in the sand. Instead they were forced back onto the tracks where the enemy simply set IEDs. As the death toll soared commanders such as Brigadier Ed Butler made it very clear that without more aviation more soldiers would die. At the end of 2006, Butler stated that “UK forces had defeated the Taliban on the battlefield, but they remained a signifiant threat”. He requested that London ‘reinforce the success’ – namely with with more helicopters and more troops. London’s response was to approve the deployment of the BV206s – with the Royal Marines roulement – a vehicle usually used in Norway. These had little armour and were replaced with the Warthog. Butler resigned.

The last time the UK took a risk was in 2000 when the then Brigadier David Richards was at PJHQ and was tasked to respond to the deteriorating situation in Sierra Leone. In brief he co-ordinated a National Evacuation Operation (NEO) into Freetown with a BG. It was supported by the Navy’s Carrier Task Force (CTF) and six warships as well as the then-termed Amphibious Ready Group (ARG) and four escorting warships with an additional BG embarked. A huge amount of force for what was the initial evacuation of 900 UK and Commonwealth nationals. But the naval power and additional BG sent a powerful message of military intent to rebels of the Revolutionary United Front. Richards took the decision to send the ‘on-call’ battlegroup straight in to Sierra Leone. In his book Taking Command he confesses that had he got it wrong his career would have been over. The morale is surely that we select our commanders to make the best decisions, that might not always be right, but if we restrict them with ‘risk averse’ political policies they may be forced to implement a plan that sees UK personnel put in harm’s way.

Yesterday, Defence Secretary Ben Wallace said that the Command Paper had taken months to ‘get right’ adding that every detail in the paper had been reviewed, checked and approved. It was therefore a surprised to see that on page 56 the author(s) did not even realise that Chinook and Puma helicopters are RAF not Army assets.

The future British Army will be smaller that the United States Special Operations Command, smaller that the French, Spanish and Italian armies. History has shown that equipment aids, such as UAVs, can be a key force multiplier in the areas of intelligence, surveillance and reconnaissance. They help deliver the ‘find and fix’ elements of the combat plan. But ‘boots on the ground’ are needed to deliver the ‘finish’.

In 1999 the then Brigadier Graeme Lamb was ridiculed by visiting politicians to his brigade when he said that despite technology the soldier will always be required to deliver the dirty work on the battlefield and dismissed claims that the future fight would be a hi-tech war of remote vehicles and robots. Just a few years later he was proved right when UK soldiers sent into Helmand were fighting the enemy in face-to-face contacts.

As George Orwell is oft-quoted as saying: ‘We sleep peaceably in our beds at night only because rough men stand ready to do violence on our behalf.’ Let’s just hope Ben Wallace’s paper has left the British Armed Forces with enough personnel to do just that.

¤ Editor’s Note: Six Two Alpha is the pen name of a respected British defence commentator, with considerable operational experience, who several of the JOINT-FORCES contributor team have known for many years.