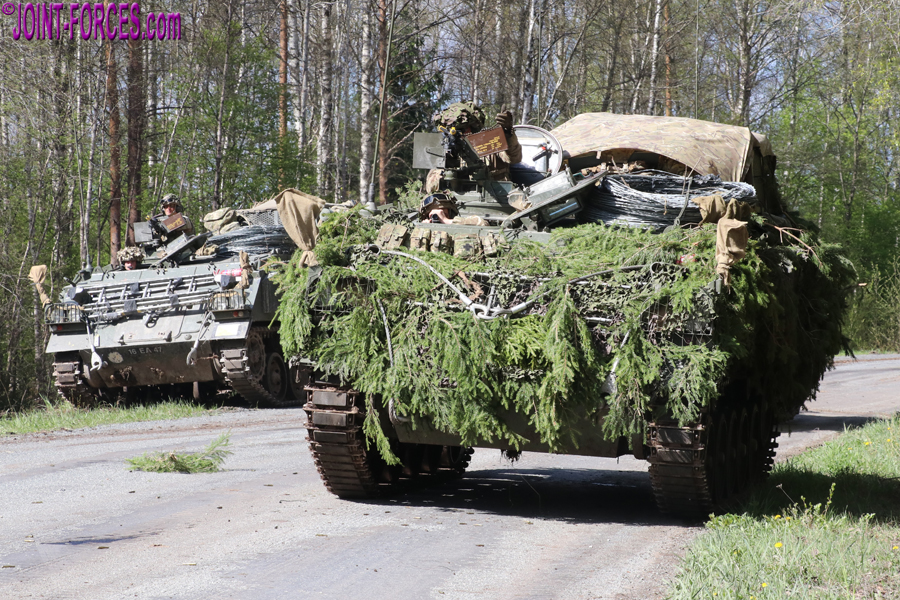 The Summary is included here but for those interested in the detail the full 64-page House of Commons Select Defence Committee report, in PDF format, can be read by clicking on this link :- Obsolescent and Outgunned

Summary: The recent history of the British Army’s armoured fighting vehicle (AFV) capability is deplorable. Since the end of the Cold War in the late 1980s, the Army’s AFV fleets have been characterised by increasing obsolescence and decreasing numbers. In 1990 the UK had around 1,200 main battle tanks in its inventory, today has 227, and those that remain are in urgent need of modernisation.

The perceived loss of a challenging but known threat in the form of the armoured forces of the Soviet Union and the Warsaw Pact meant the British Army has struggled to re-define its role. Since at least the 1990s it has tried to move to more deployable, medium-weight armoured forces, suitable for expeditionary warfare against unforeseeable opponents. However, indecision around requirements, a desire to have the latest (immature) technology, operational experience and a lack of stable funding for its programmes mean the British Army’s AFV fleet currently faces mass obsolescence and requires significant funding for modernisation. At the same time the UK is reviewing its future defence and security posture and what this means for traditional military capabilities. Therefore, the Army’s AFV programmes and capability is now vulnerable when weighed against the desire to fund other priorities such as ‘cyber’, information warfare and other capabilities.

We are astonished that between 1997 and late 2020 (with the exception of a small number or armoured engineering and Viking protected mobility vehicles) the Department has not delivered a single new armoured vehicle from the core procurement programme into operational service with the Army. It is clear that the Ministry of Defence’s armoured vehicles programme requires independent scrutiny. We ask the National Audit Office to revisit this issue.

The delayed Integrated Security, Defence and Foreign Policy Review (at time of writing scheduled for publication in March 2021) is expected to make a number of significant decisions about the UK’s defence posture and the capabilities it requires to meet this. These have been characterised as being about the need to reduce or remove ‘sunset’ (or industrial-era) capabilities and replace them with ‘sunrise’ (or information-era) alternatives. There has been much speculation about what this means for the Army’s AFV capability, notably the Challenger 2 main battle tank and the Warrior infantry fighting vehicle. Both vehicles have been in service for decades without meaningful upgrades and are both awaiting decisions about modernisation programmes.

In 2015 the Ministry of Defence outlined the requirement for a warfighting division that by 2025 could be deployed to assist NATO in the event of conflict on its Eastern borders. The Russian invasion of Ukraine in 2014 highlighted that NATO (and the UK) still face a potential threat from a challenging peer adversary state that retained considerable armoured forces which were being modernised at pace. The UK division was to draw on a number of capabilities but its core would have been two armoured infantry brigades and a new strike brigade, alongside 16 Air Assault brigade.

If the Integrated Review concludes that the Ministry of Defence and the British Army are to retain a heavy armoured capability it is clear that they must learn the hard lessons from recent history, and these are spelled out in the rest of this report. Furthermore, to support this capability the UK requires an industrial base. The current procurement and upgrade programmes have led to new investment in skills and production facilities. To sustain this regrowth in what was a decaying sector, the Ministry of Defence (and wider government) must provide greater certainty about future requirements and possible contracts. The proposal to develop a Land Industrial Strategy is a welcome step in this direction.

In the course of this inquiry, it emerged that the Army will be unable to field its warfighting division as planned, reducing it by one Armoured Infantry brigade. This was apparently due to a lack of resources. In addition, the Army is deficient in important capabilities such as artillery and air defence. We heard evidence from witnesses that, despite assurances from the Ministry of Defence, it is possible that such a reduced UK division could be ‘overmatched’ (i.e. defeated) by its Russian armoured counterpart. This assessment was based on the assumption that current in-service vehicles would be upgraded or replaced, which as this report shows, is a matter of some uncertainty. It appears that the UK’s armoured forces are at very serious risk of being both quantitively and qualitatively outmatched by potential peer adversaries.

This report reveals a woeful story of bureaucratic procrastination, military indecision, financial mismanagement and general ineptitude, which have continually bedevilled attempts to properly re-equip the British Army over the last two decades. Even on the MoD’s own current plans, (but subject to the Integrated Review) we are still some four years away from even being able to field a “warfighting division”, which, itself, would now be hopelessly under-equipped and denuded of even a third combat brigade.

As a result, were the British Army to have to fight a peer adversary – a euphemism for Russia – in Eastern Europe in the next few years, whist our soldiers would undoubtedly remain amongst the finest in the world, they would, disgracefully, be forced to go into battle in a combination of obsolescent or even obsolete armoured vehicles, most of them at least 30 years old or more, with poor mechanical reliability, very heavily outgunned by more modern missile and artillery systems and chronically lacking in adequate air defence. They would have only a handful of long-delayed, new generation vehicles, gradually trickling into the inventory, to replace them.

Editor’s Comment: The long-awaited Integrated Review of Security, Defence, Development and Foreign Policy is finally being published today. It will be really interesting to see how the British Army’s “Obsolescent and Outgunned” armour fares in the review. It would also be nice to receive an invite to the media facility being laid on for defence correspondents to explain the impact that this Integrated Review and the follow-on Defence Command Paper will have on Britain’s Armed Forces… but as the MoD Point of Contact for the media is not answering our emails, there is probably more chance of the massive black hole in UK Defence Equipment & Support funding being filled by Easter.