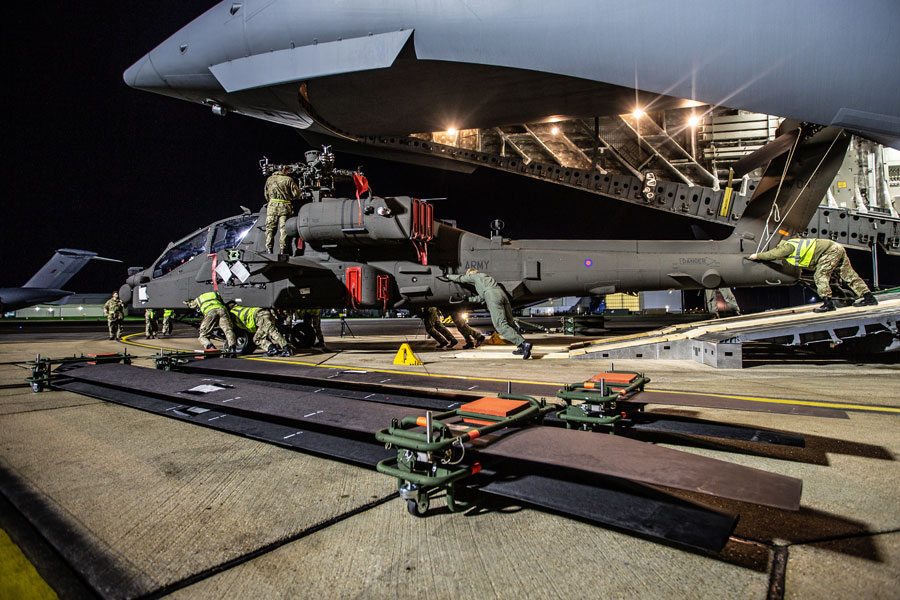 The most advanced variant of Apache, the AH-64E Version 6 has been procured from the US Government as part of the Apache Capability Sustainment Programme (CSP) to modernise the British Army’s Attack Helicopter capability.

As well as having greater lift capability and range with its more powerful engines and improved transmission and rotor blades, the Boeing-made E model also has improved data links, sensors, avionics and night operation capabilities enabling it to identify and target adversaries from further away in almost any weather, both night and day. The AH-64E also comes equipped with a 30mm cannon, Hellfire missiles and an upgraded Hydra Aerial Rocket System.

Flown by the Army Air Corps and forming a crucial component of the 1st Aviation Brigade, the twin-engine Apache is a tandem-seat aerial weapons platform designed to accomplish a variety of missions. Following engineering acceptance and crew training, it will replace the battle-proven Mark 1, which reaches its out of service date in 2024.