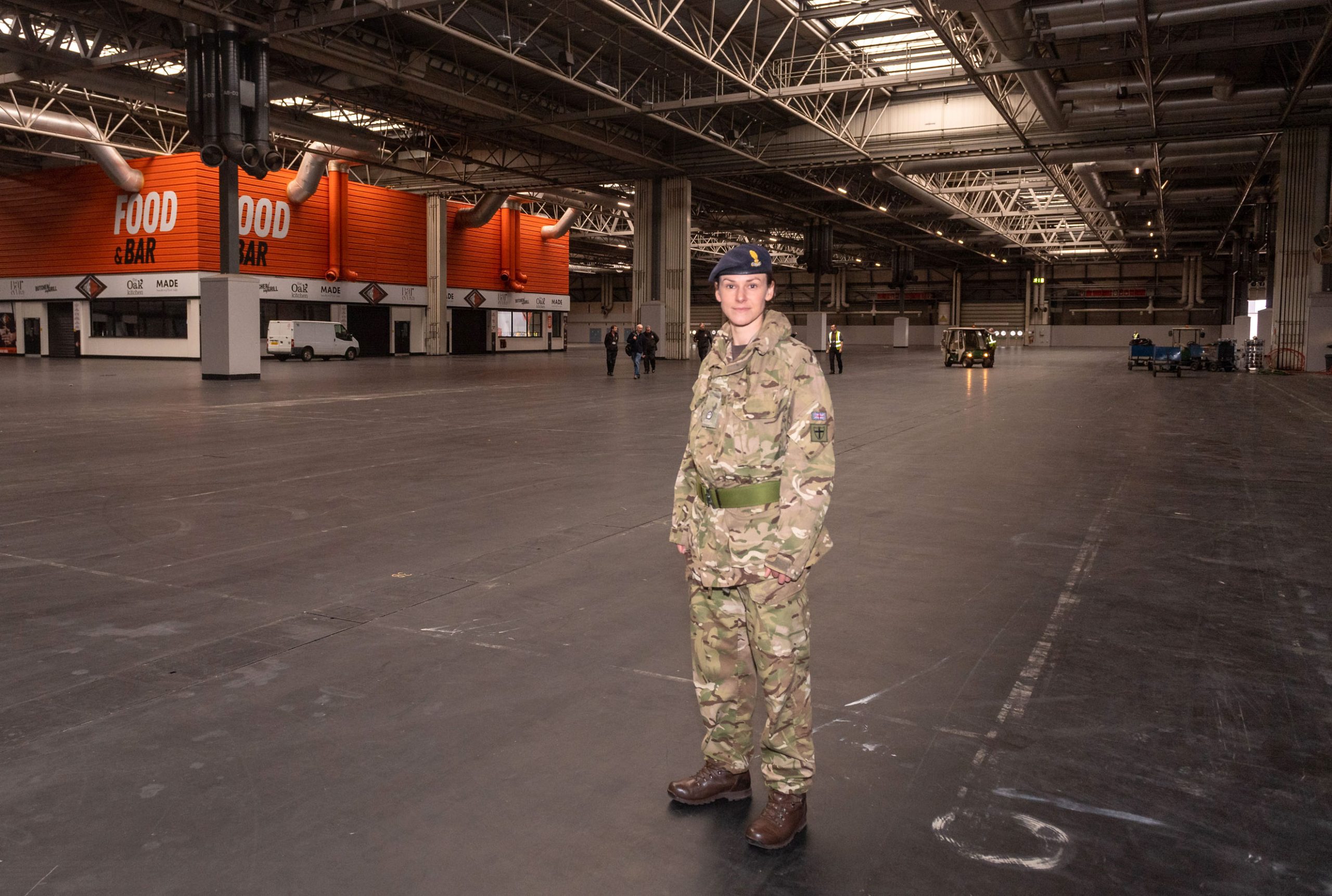 Major Laycock in the empty shell of the NEC at the start of the construction phase of the conversion to a COVID-19 hospital [Crown Copyright: Cpl Watson P R]

The NHS Nightingale hospital at NEC Birmingham, the second exhibition centre to be converted with military assistance, is reportedly nearing completion.

The two Operation RESCRIPT videos below, shot on 2nd and 6th April by RLC Sergeant Beale and RLC Corporal Watson, showing the facility before and during construction and nearing completion, were this afternoon circulated by the UK MoD News Imagery department with these extended captions:-

As a part of the response to COVID-19 the NEC in Birmingham is being converted into NHS Nightingale. A team comprised of NHS workers, private contractors and British Army troops are working together to build bed spaces and intensive care facilities within the NEC. Major Angela Laycock RE and supported by personnel from 502 Specialist Team Royal Engineers (STRE) are supporting NHS staff and civilian contractors to design, plan and construct the new NHS Nightingale hospital located in the NEC, Birmingham. Military personnel including 170 (Infrastructure Support) Engineer Group and staff from the Royal Centre for Defence Medicine have been assisting NHS staff, contractors and wider military units with the design and construction of the facility.

Major Laycock is the Officer Commanding 502 STRE, who are part of 66 Works Group; an element of 170 (Infrastructure Support) Engineer Group. 170 Engr Gp is a specialist unit which provides the professional engineering support to the Armed Forces. This includes infrastructure design, project management and complicated technical solution requirements for the wider Armed Forces and other government departments in support of operations across the world.