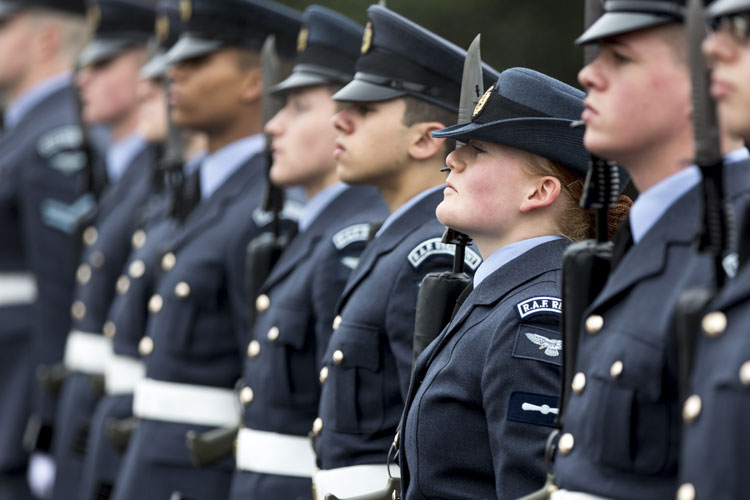 Leading Aircraftman Georgia Sandover (19) of Kings Lynn, Norfolk, said she always wanted to join one of the Services. While attending the College of West Anglia she completed the Uniformed Services Course and was inspired by one of her teachers who happened to be ex-RAF Regiment to join. LAC Sandover said: “I am really proud and thrilled that all of us on the course graduated today. We have all supported one another from beginning to end and without that support we wouldn’t be here today. I am looking forward to my posting and can’t wait to get on with my new job. To anyone that is thinking of joining the RAF Regiment, male or female, I say ‘Don’t be afraid to give it a go’ ”

Georgia is one of 18 Gunners who have now successfully completed their Phase 2 training at RAF Honington to become RAF Regiment Gunners. During the course they have learnt basic combat tactics in the Air & Ground Environment, the fundamentals of Air Force Protection, advanced fieldcraft skills and completed several live fire training packages alongside a physical training programme designed to build up their strength and fitness.

The latter part of the course is both physically and mentally demanding requiring the students to put all they have learnt into practical exercises and scenarios, leaving the successful students with a justifiable sense of pride in their achievement. They have earned the right to wear the RAF Regiment shoulder-badge, known informally as ‘mudguards’, and join the ranks of a unique Corps.

Each graduate is now welcomed into the family that makes up the RAF Regiment that delivers global Force Protection for the Royal Air Force. They will now be posted to one of the RAF Regiments Field Squadrons and immediately commence Mission Specific Training for contingency operations.

The Rt Hon Ben Wallace MP, Secretary of State for Defence said: “My congratulations to all those graduating today which includes the first female regular serving RAF Gunner. The RAF Regiment will benefit from increased diversity and I wish Georgia and all her colleagues the very best for the future.”

Air Chief Marshal Mike Wigston, the Chief of the Air Staff said: “The RAF Regiment Gunners graduating today can be very proud of everything they achieved to get where they are. We are equally proud of them because they include our first regular service female Gunner, making history with every role in the Royal Air Force now open to all.”

Air Commodore Scott Miller the RAF Force Protection Force Commander; Commandant General RAF Regiment said: “It has been a real privilege today to welcome the latest trained RAF Regiment gunners into the Corps. Today is particularly special because we have celebrated the graduation of our very first female into the RAF Regiment – a significant event in our 78-year history. I can promise all of our graduates a rewarding and exciting career, my best wishes to them all for the future.”