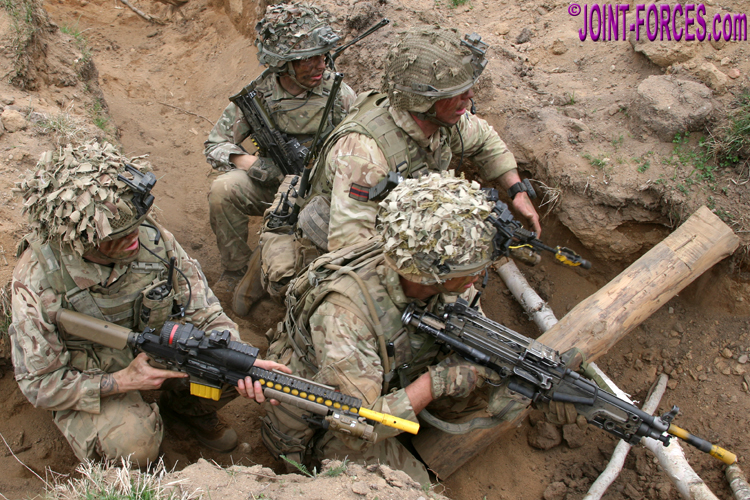 Although no formal announcement appears to have been made by UK MoD, one of its many in-house publications has reported that the British Army’s Infantry is soon to be stripped of three weapons types, writes Bob Morrison.

Reports that the British Army was firmly considering moving away from suppression in favour of precision in infantry fire-fights surfaced at a specialist Soldier Technology conference in London in early 2016 and at a Future Soldier Technology conference this spring more detail surfaced. One of the current underlying British Army’s mantras is ‘Fight Light’ and in this context casting some weapons types might make sense.

Both the 5.56mm L86A2, generally known as the Light Support Weapon, and the 5.56mm L110A3 Light Machine Gun, the FN Minimi, will be withdrawn from service at the end of the current fiscal year (i.e. by April 2019), along with the M6C-640 60mm mortar. It has been stated that to partially compensate for this reduction in firepower of the infantry section the number of 7.62mm L129A1 Sharpshooter rifles could be increased, but to date there is no sign of an order being placed for more of these, and it has also been hinted that the hand-held mortar will be replaced by another system currently under evaluation.

The L86A2 LSW is basically a heavy barrel version of the L85A1 (SA80A1) assault rifle produced by Royal Ordnance in the 1980s and modified by Heckler & Koch to A2 standard from 2001. First operationally deployed to Saudi Arabia on Operation GRANBY in 1990 and fired in anger in 1991 on Operation DESERT SABRE in Kuwait and Southern Iraq, the weapon had the advantage of using the same 30-round magazine as its assault rifle sibling, but this was also one of two main disadvantages when used for laying down suppressive fire as magazines had to be repeatedly changed.

Following its mid-life upgrade, the A2 version of the LSW was intended to serve until at least 2015 but in 2003 the heightened pace of operations in Iraq and Afghanistan caused the British Army to initiate an Urgent Operational Requirement for a new belt-fed weapon with a replaceable barrel capability, the lack of which was the second disadvantage of the LSW, able to lay down a sustained rate of 5.56mm supporting fire. The L110A3 Light Machine Gun, known commercially as the Para version of the 5.56mm FN Minimi, was the new weapon procured and this proved to be a popular choice with infantry sections.

According to a report in the MoD publication SOLDIER Magazine, studies have shown that the L110A3 LMG “did not offer any significant advantage over the SA80” 5.56mm assault rifle and, “despite the popular view, it is far heavier but less lethal and effective”. The REME major from the Equipment Directorate at Army Headquarters who was quoted by the in-house publication also apparently said that the 5.56mm Minimi “is rarely employed in favour of the 7.62mm equivalent”. [We presume equivalent to mean the 7.62mm GPMG as the mainstream British Army does not use the 7.62mm version of the Minimi.]

The L129A1 Sharpshooter, produced by the Lewis Machine & Tool Company and commercially known as the LM308 Modular Weapon System, is a 7.62mm calibre long range rifle also procured as an Urgent Operational Requirement. Originally 440 examples were procured in 2009, specifically for operations in Afghanistan where the enemy had taken to attacking from beyond the effective range of the 5.56mm L85/SA80A2, but by late 2014 subsequent orders had increased the inventory to over 3,000 rifles.

According to published sources the L86A2 LSW, which as recently as last year was operationally deployed in the Baltic Region and also used by garrison troops on live-fire training exercise in the Falklands, is now being withdrawn in favour of the L129A1. The same REME major from the Equipment Directorate is quoted as saying: “The Sharpshooter has been proven to provide effective precision fire beyond the range of other platoon weapons – to at least 600m – thus enhancing the capability of the dismounted close combat section in all roles.”

The 60mm M6C-640 mortar, manufactured by Austrian company Hirtenberger AG, was also procured as an Urgent Operational Requirement for operations in Afghanistan and entered service in 2008 to replace the 51mm mortar as a light capability within Mortar Platoons. Capable of being used in both direct and indirect fire roles at up to 12 rounds per minute, it is able of provide close support down to just 180 metres and can be speedily fired hand-held but the reason given for dropping it is that its high weight and relative inaccuracy resulted in a lack of use.

It will be interesting to see if MoD completely disposes of (with the exception of the small number of LMGs still required by specialist users) these three weapons systems now deemed redundant or if puts them in dry storage just in case it is realised they are still needed when some future conflict kicks off, like the 12.7mm Heavy Machine Gun was a generation back.