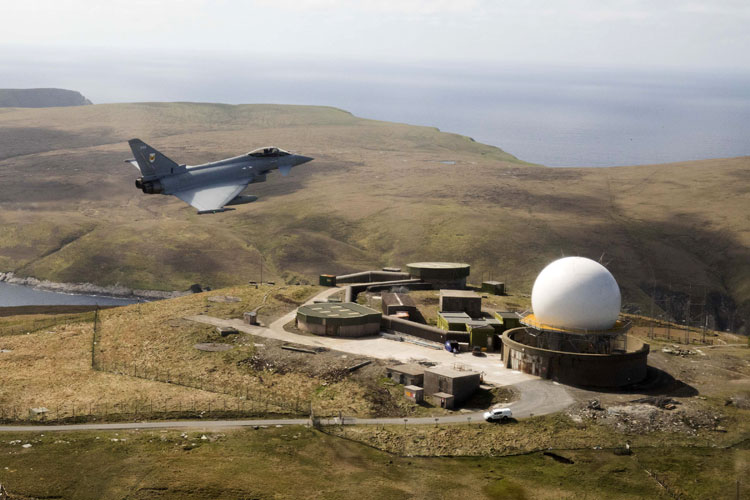 The Saxa Vord Radar head will provide key information on aircraft movements to the north of the UK and feed the nationwide Quick Reaction Alert (QRA) operation which is responsible for policing international and UK airspace from RAF Lossiemouth in Moray and RAF Coningsby in Lincolnshire, as well as supporting civil air traffic control.

MoD Press Release: The radar will improve RAF and NATO understanding of the airspace north of Britain and further out across the Norwegian Sea, improving the UK’s sovereign capability at a time of heightened Russian military activity. It will see the island return to the role it performed during the 1960s and 70s, when the site was used as an early warning radar on NATO’s northern flank.

During the last five years, the RAF has carried out 69 QRA launches. In January 2018, two Typhoon aircraft from RAF Lossiemouth were scrambled to intercept two approaching Russian military aircraft which did not respond to the air traffic control authorities.