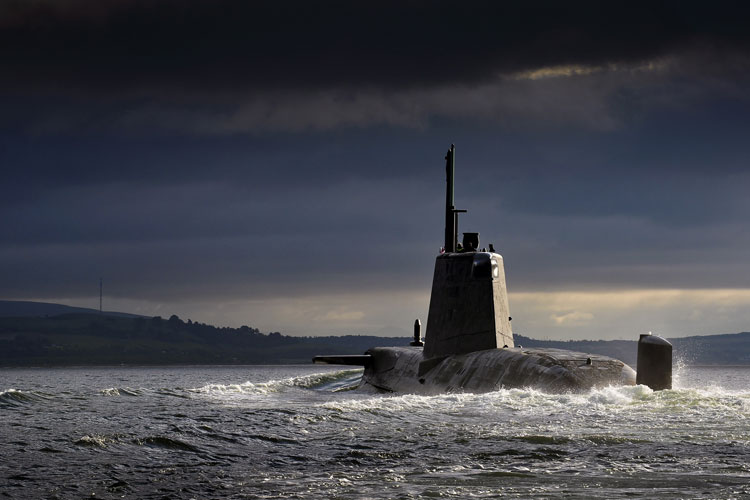 In a move that signals the UK’s commitment to a continuous-at-sea deterrent, the Submarine Delivery Agency (SDA) was today officially launched.

Press Release: The announcement comes after an extra £800 million was secured by the Ministry of Defence – £600 million of which will ensure the UK is protected by the new Dreadnought submarine fleet into the 2030s and beyond.

Defence Secretary Gavin Williamson said: “Our nuclear deterrent is our ultimate defence from the most extreme threats while our attack submarines are busier than ever providing unprecedented levels of protection across the world.

“A Royal Navy submarine is on patrol 24 hours a day, every day of the year, protecting our way of life. These advanced and complex vessels are more important than ever as the world becomes an increasingly dangerous place and establishing this new Agency sends a clear signal of our commitment to continue deterring conflict and protecting the nation.”

The next generation of Trident submarines, the Dreadnought Class, will be managed by the SDA [Crown Copyright]

The stand-up of the SDA marks the delivery of a milestone set out in the 2015 Strategic Defence and Security Review that strengthens arrangements to support the UK’s submarine capability. The Executive Agency will lead on the procurement, in-service support and decommissioning of all UK nuclear submarines.

The SDA will procure and project manage the construction of future Royal Navy submarines, and support those in-service, working with Navy Command and the newly established Defence Nuclear Organisation. The vision of the SDA is to lead a high-performing industrial enterprise to deliver and support the UK’s submarine capability safely, securely and more effectively and cost efficiently.

Headed by Chief Executive Officer Ian Booth – who has a wealth of experience in delivering complex private and public sector procurement programmes – the SDA employs around 1,300 people and already has a talented and extremely knowledgeable workforce, including some of the nation’s most experienced nuclear experts. The Agency will have the authority and freedom to recruit and retain the best people to manage the Submarine Enterprise. The majority of SDA staff will be based in Bristol, with other colleagues located at sites such as Barrow, Derby, Devonport, Rosyth and Faslane.

Chief Executive Officer of the Submarine Delivery Agency, Ian Booth said: “The SDA is to lead a high-performing industrial enterprise that is committed to strengthening the safety, availability, reliability and security of UK submarines, including our Continuous At Sea Deterrent. The Agency will draw on best practice from both the public and private sectors with a focus on cost effective and timely delivery to achieve the best possible outcomes for Defence.”

The SDA has learnt from other successful programmes of a similar scale and complexity such as the 2012 Olympics and Crossrail. It will maintain vital links with industry and public sector partners to preserve the UK’s technology advantage and skills-base and to ensure submarine manufacturing and maintenance capability is sufficient to support the UK’s submarine requirements.

A key facet of the SDA is to manage the Dreadnought and Astute nuclear submarine programmes to time and budget, alongside providing day-to-day support to the in-service fleet of Trafalgar, Astute and Vanguard Class submarines. As a responsible nuclear operator, the organisation will also manage the decommissioning and disposal of submarines in a safe and environmentally sound way.