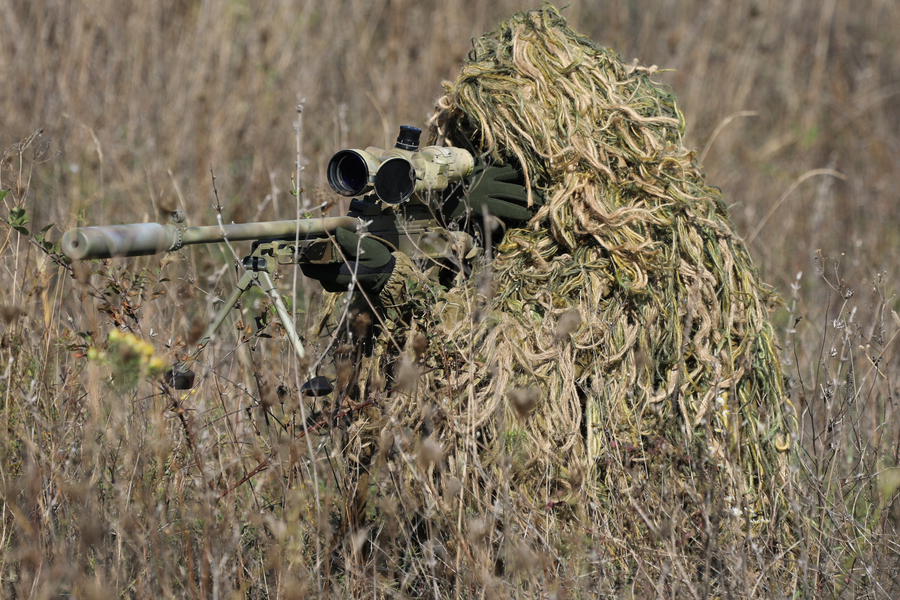 Russian Special Forces secretly parachuted in and destroyed the command post of a mock enemy in the foothills of the North Caucasus.

Press Release, Moscow, 20 October 2021: In the course of a large-scale command post exercise, a Special-Purpose Assault Squad [Войска специального назначения / Voyska spetsial’nogo naznacheniya or Spetsnaz] of the combined-arms army of the Southern Military District, stationed in the Krasnodar Territory, practised a covert transfer and landing of tactical airborne assault in a given area on Mi-8AMTSH Terminator helicopters at the Kobu-Bashi mountain range in Karachay Circassia.

In order to test the combat effectiveness of formations and military units, the command of the Southern Military District has involved in command and control over 50 sabotage groups from among the Special Forces. The command post is attended by formations and military units of the Southern Military District, as well as units of military bases deployed in Abkhazia, Armenia, South Ossetia, as well as part of the forces of the Black Sea Fleet, the Caspian Flotilla, which will practise actions in the waters of the Black and Caspian Seas.

In total, about eight thousand servicemen were involved in the command post [exercise] with the associations and formations of the Southern Military District, about 350 units of weapons and military equipment from the combined arms armies, air force and air defence formations and units of the combat arms and Special Forces of district subordination, the forces of the Black Sea Fleet and Caspian flotilla.