Landsat 9 To Transition Operations From NASA To USGS 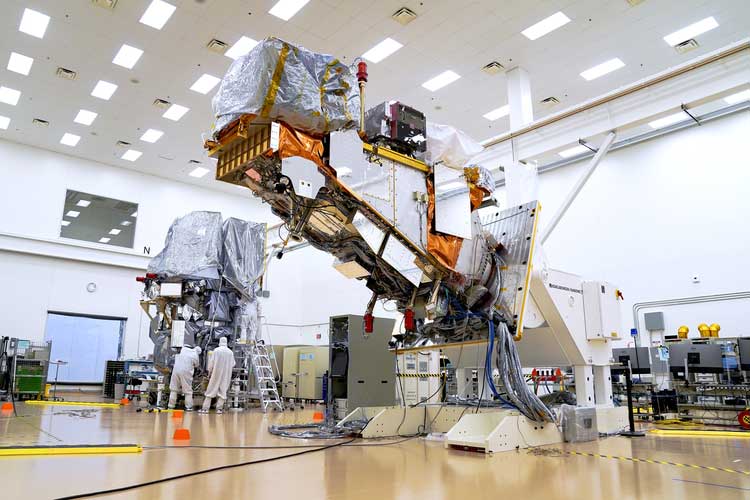 Press Release, Dulles, 11 August 2022: NASA and the US Geological Survey (USGS) officially marked the handover and commencement of operations of the Landsat 9 Earth observation satellite. Landsat 9 was designed, built and tested by Northrop Grumman Corporation at its Gilbert, Arizona satellite facility and was launched into orbit aboard an Atlas V rocket in September 2021. The satellite completed its systems verification and commissioning in late July 2022.

“Northrop Grumman-built satellites like Landsat 9 are vital to tracking the state of our planet,” said Mike Witt, chief sustainability officer, Northrop Grumman. “The data they collect is vital to analysing, predicting and addressing changes to ecosystems, helping us to better understand the role sustainability plays in securing a safer world.”

Landsat 9 will collect space-based images and data that will aid researchers in areas including agriculture, geology, land use mapping, forestry, global change research and water resource management. The Landsat images further support international emergency and disaster relief to save lives of those in areas most affected by natural disasters. Landsat 9 is based on Northrop Grumman’s flight proven LEOStar-3 platform and extensively leverages the design of the Landsat 8 spacecraft, which has been in service since 2013.

“Landsat 9 continues the uninterrupted monitoring of our Earth by building on the 50-year legacy of the NASA and USGS Landsat system,” said Steve Krein, vice president, commercial and civil satellites, Northrop Grumman. “This is the fourth Landsat satellite built by Northrop Grumman that plays a critical role of global observation for monitoring, understanding and managing Earth’s natural resources.