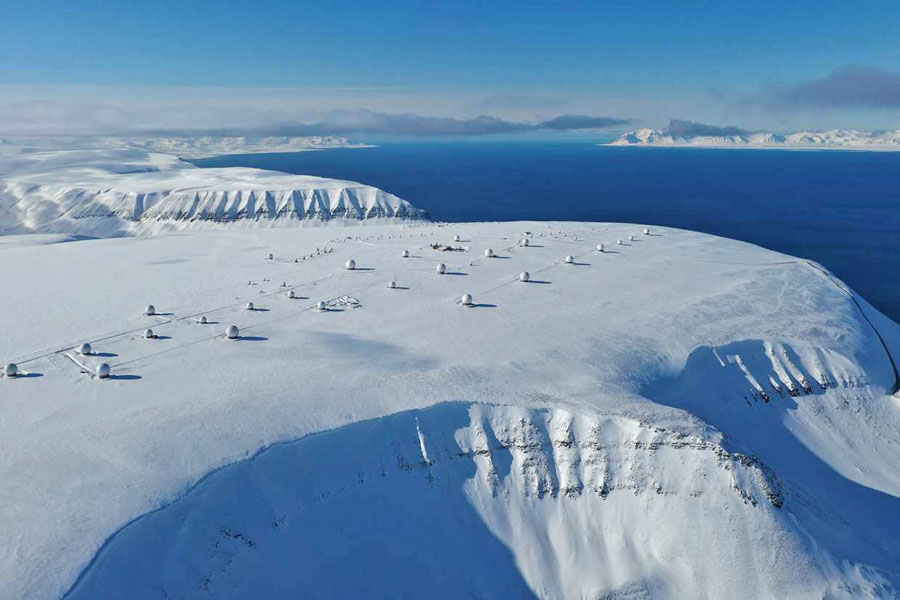 KONGSBERG is the Nordic region’s largest company in aerospace and is a global leader in maritime surveillance. The company is now taking the next step to develop new technology and new space-based maritime surveillance capabilities. In combination with advanced data analysis, the surveillance capacity will contribute to defence operations and Norway’s important role in surveillance of the High North. In addition, rapid identification of vessels engaged in environmental crime, illegal fishing, smuggling and other illegal activities is made possible, as well as supporting search and rescue for vessels in distress. The capacities have been developed in close collaboration between KONGSBERG and The Norwegian Defence Research Establishment (FFI).

“FFI and KONGSBERG have a long history of close cooperation developing capacities such as missiles, submarine systems, autonomous underwater vehicles and other unique and safety-critical capacities for Norway. We are now taking this collaboration further and are developing new, world-leading capabilities that can be used for surveillance of Norwegian sea areas,” says Geir Håøy, CEO of KONGSBERG.

KONGSBERG is investing in three satellites to be produced by NanoAvionics in Lithuania. The satellites will be equipped with instrumentation developed by KONGSBERG to include ‘”Automatic Identification System” reporting (AIS) and a FFI-developed navigation radar detector that analyses vessels’ radar use. Combining these provides an overview of ship traffic in the area, to include detection of vessels not reporting correct AIS data. The satellites will also have an encryption solution, developed by the Norwegian company Eidel, which provides secure communication with the satellites.

“Norway has maritime areas that are five times our own land area. This satellite constellation with newly developed capacities gives Norway strengthened capacity for surveillance of our sea areas. This will strengthen Norway’s role as NATO in the North which is important in the current tense geopolitical situation. At the same time, it contributes to several civilian purposes for control in Norwegian sea areas. This will also expand Norwegian space expertise building our national capacities and ability within what is becoming an increasingly critical infrastructure,” says Kenneth Ruud, Director General of FFI.

“With this, we take a successful model from the defence industry with us into the space industry. Close collaboration between users, researchers and industry has created world-leading products that have succeeded in the export market and formed the basis for high-tech and future-oriented jobs in several Norwegian companies. We are now making a similar investment with the goal of creating a Norwegian satellite adventure that will lift the space industry,” says Eirik Lie, President of Kongsberg Defence & Aerospace.

Investment of NOK 300 million: The satellites will be operated by Kongsberg Satellite Services (KSAT), the world’s leading provider of ground station services. As part of the strengthened investment, a new 6,000 square meter building, with specialised facilities for the development and production of products to be launched into space, is also under construction in the city of Kongsberg. The investment in a new building and the three satellites has a total budget of approximately NOK 300 million.

“This is a significant investment where we use world-leading cutting-edge expertise from several parts of the group. KSAT’s ground station network ensures time-critical and secure delivery of the important data that the satellites generate, and in combination with advanced data analysis, maritime activity of interest will be quickly identified,” says Lie.