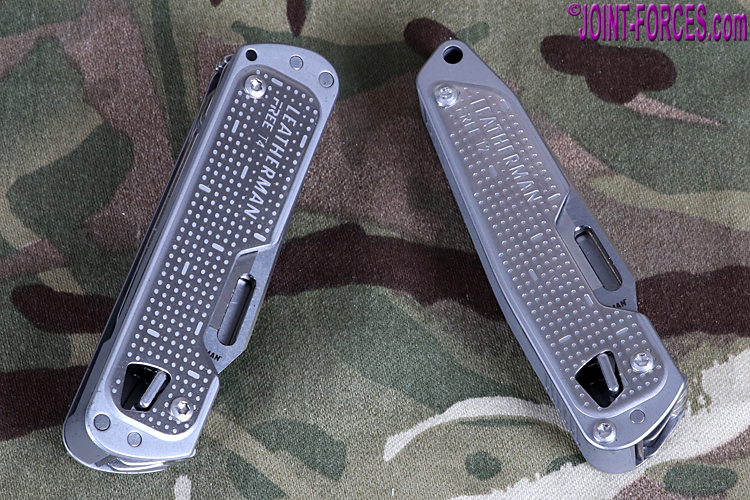 For occasions when one does not need to carry pliers but may still require the blades of a multi-tool Leatherman have introduced the FREE T2 & T4 Pocket Tools, writes Bob Morrison.

I have owned a Leatherman Super Tool, signed with an engraving tool by Tim Leatherman himself a decade ago, for the last 22 years and although I own several other belt tools of different makes its great design and simple functionality means it is pretty much my multi-tool of choice.

There are, however, times when carrying a 250g (without sheath) dead weight on my belt can be a bit cumbersome, as well as looking out of place if wearing smart trousers rather than combat pants or jeans, and especially so when it is unlikely that I will need a pair of pliers. However, many of the other blades found on a multi-tool are likely to come in handy in the course of a normal day for simple tasks ranging from opening packs and envelopes, to cutting nylon straps and binding, to tightening screws and so on that it is a temptation to carry my SUPER TOOL throughout the working day….. just in case.

The FREE T2 and FREE T4 pocket tools are a great solution to this quandary as they are both light and compact yet offer many of the blades / tools found on larger pliers-based belt tools while weighing a fraction of the latter. The slightly larger of the pair, the T4, tips the scales at just under half the weight of my trusty old SUPER TOOL and its T2 little brother (or sister if you want to be overly-PC) is well less that 40% of the weight. Dimensionally they are both shorter and narrower than the SUPER TOOL (the second in the series with more tools than the original PST or Pocket Survival Tool) with the T2 being of similar thickness and the T4 being slightly thicker to accommodate the extra blades / tools.

Starting with the FREE T2, this is the baby of the pair measuring around 93 x 23 x 17mm and weighing 94 grammes. As with most Leatherman blades or tools, the material used is 420HC (High Carbon) stainless steel but to reduce weight significantly tough glass-filled polymer is used instead of an inner steel frame. Purely intended as a lightweight but sturdy pocket knife, the T2 has four blades giving eight tools: 56mm Clip-point Knife; Awl; Bottle Opener; Package Opener; Phillips Screwdriver; Pry Tool; Extra-small Screwdriver; and Medium Screwdriver. An optional Belt Clip is available if required.

The slightly larger FREE T4 measures roughly 93 x 25 x 19mm (without removable belt clip) and weighs just 122 grammes but it packs in twice the number of blades / tools. Materials used are exactly the same as the T2 but there is less glass-filled polymer used on account of the additional tools. Possibly more of a belt tool than pocket tool on account of its weight, though of course it can be carried inside the trouser pocket with the (removable) clip attached to the top edge, the T4 has seven blades (plus tweezers in the handle) giving 12 tools in total: 56mm Clip-point Knife; Awl; Bottle Opener; Extra-small Screwdriver; Medium Screwdriver; Package Opener; Phillips Screwdriver; Pry Tool; Small Screwdriver; Spring-action Scissors; Tweezers; and Wood/Metal File.

Both of these pocket tools can be operated one-handed and all tools (other than the tweezers) can be locked open; a spring lever unlocks the tool. An internal magnet holds the tools in place when closed. All tools can be opened with a thumbnail, with the main blade capable of being opened separately for safety. Leatherman knife blades are high quality and very sharp, so take care when getting used to one-handed opening and closure of the main blade. Incidentally, as the blade is only a tiny 56mm or 2.2” long it should fall well inside UK permissible blade length so those with good reason to carry a multi-tool should not fall foul of Britain’s Draconian knife laws.

Made in the United States, both the FREE T2 and FREE T4 models carry Leatherman’s 25-year Warranty.