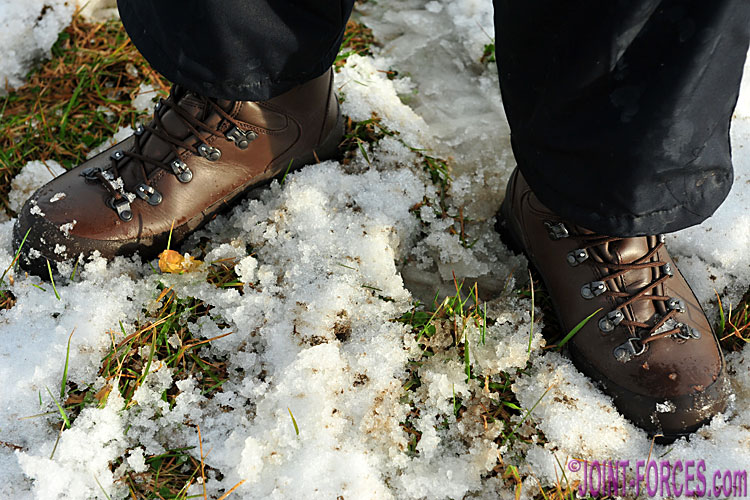 Back at the start of October I gave my first impressions on the new UK MoD Boots Cold Wet Weather which I planned on wearing in Norway for TRJE18, writes Bob Morrison.

Well, that trip out to Norway for the LIVEX phase of Exercise TRIDENT JUNCTURE 2018 (TRJE18) saw me encountering quite a range of temperatures and conditions, from several degrees below zero in driving snow atop ice on the mountain pass between Oppdal and Folldal by way of Hjerkinn to a few degrees above in slush and mud of the foggy valleys between Tynset and Bergset. For driving I also took my favoured Lowa Innox lightweight boots with me but, after going @rse over elbow in a deep puddle with sheet ice underneath, I relegated them in favour of the Iturri CWW boots which I wore continuously for the next ten days when not sleeping.

The Iturri CWW Boots on my return from Norway [© BM]

I have to confess that I almost took a pair of back-up combat boots with me in case the Iturri boots turned out to be a bit too stiff and heavy for continuous wear over the twelve days I was scheduled to be in Norway, but as I was slightly over my hold baggage weight allowance I took them out before leaving home on the assumption that I could wear the Innox boots in an emergency. As it turned out, even though I had only worn the CWW boots for a total of three days in the field prior to my departure for Trondheim at the tail end of October, I had absolutely no issues whatsoever with the Iturris and I quickly forgot they were almost brand new.

Although quite a stiff design, I found them to be comfortable as well as warm [© BM]

It is not my intention to go through the specification again, as you can read about these boots in detail here, but I must just mention that the Gore-Tex four-ply Insulated Comfort laminate, which incorporates Thinsulate, and Iturri’s insulated insoles kept my feet really warm despite the cold wet conditions encountered. Also, the RUBBERMAC Defender outsoles on these boots really gripped on both ice and mud; as it thawed out and then rained several times during the LIVEX phase of TRJE18 it was very easy to slip and even Norwegian tracked combat engineer vehicles with rubber pads occasionally had traction problems in the icy conditions.

This is how the manufacturer recommends these boots are laced [© BM]

One minor point about these boots which puzzled me at first was the leaflet in the box recommending a slightly unconventional method of lacing but the reason for this soon became clear after a couple of days of serious wear. As this boot is quite stiff, when one ties the laces it can be a bit difficult to stop the collar springing open and this can result in the boot not being as tight as needed. By threading the laces back behind themselves under the top eyelet, as shown on the diagrams, a really tight fit can easily be achieved. I think I will probably use this method in future with other makes of stiff collar combat boots as it seems to work.

Bottom line? I really like these boots and although both Sniper John, one of our facilitators, and his combat signaller son ‘Little John’, who both take the same boot size as me, would like to proff these for extended wear trials I’m afraid I will be keeping them. Sorry guys.

If interested in privately purchasing a pair of Iturri CWW Boots but ineligible for an issue pair they are available from Survival Aids, who supplied these samples. 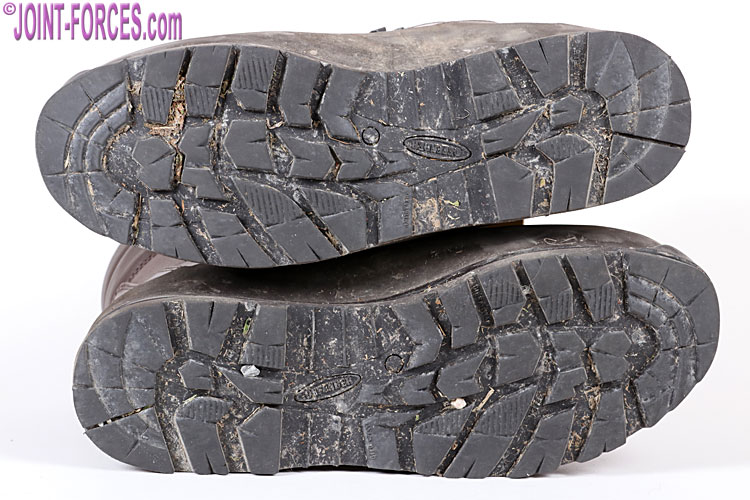 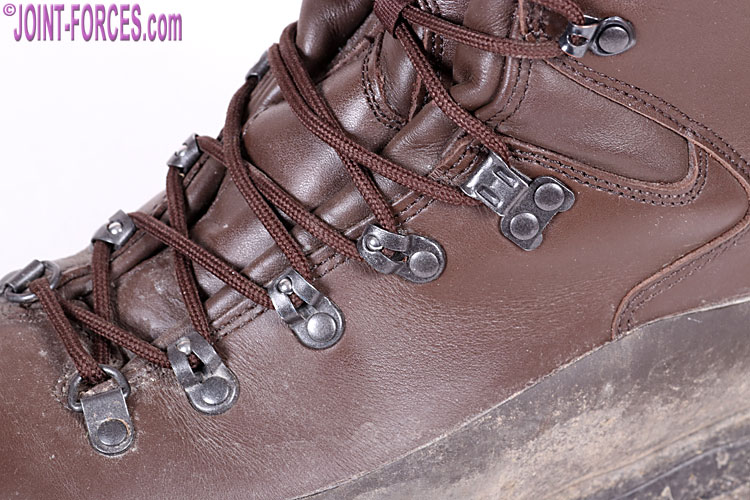 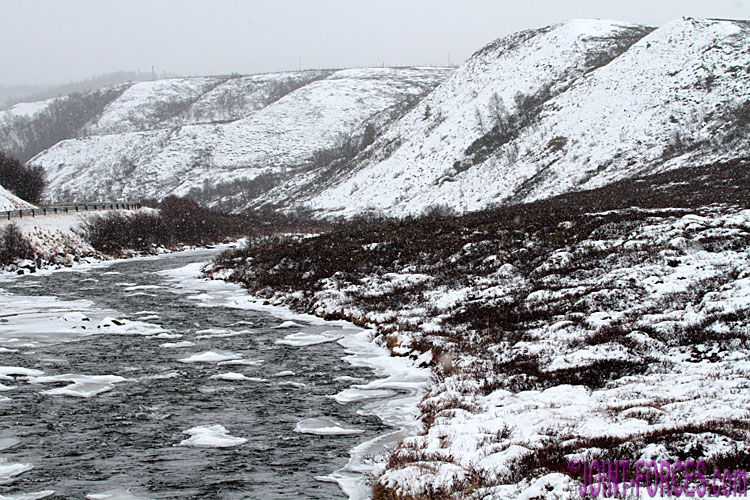