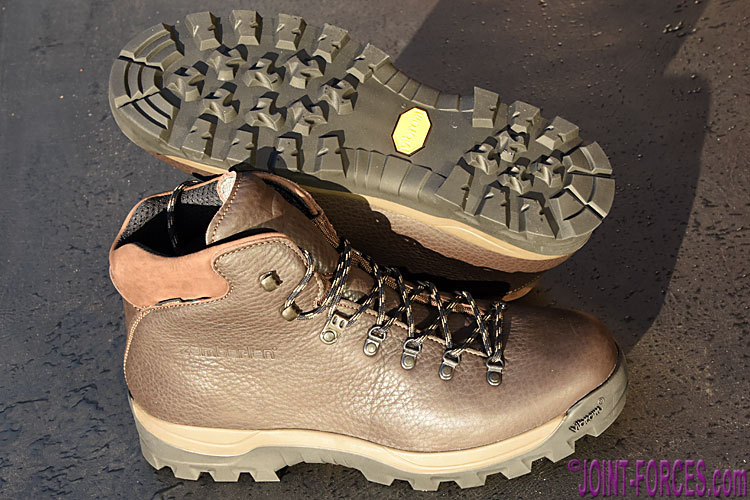 According to the Zamberlan website this model is aimed at the working outdoorsman. I guess this can be classified in many ways but tells me the company would be expecting the end user to spend long days on their feet in them and in moorland / hill country, with all that brings with it, throughout the year.

Typically, in this case the Sequoia boot has a Gore-Tex Performance Comfort membrane – i.e. the Moderate Insulation laminate – to back up the brown Hyrdobloc full grain leather uppers. They are also nice looking and easy to wear boots.

You may assume from the intended use that these boots might take a wear or two to soften up, but not a bit of it. I wore these for just an hour or so around home and the next time they were on my feet it was up to the top of Helvellyn in the Lake District and then off on a couple of other Lakeland walks. As well as this, I wore them while doing a fair bit of road and off-road driving and they seem to suit all tasks so well up to their stated design aims.

I find these Sequoia boots to be very comfortable indeed and they kept the water out as expected. All in all, well up to the Zamberlan name. On the summit of Helvellyn which was the target of the first outing in the Sequoias – it was even colder than it looks! [©JG] I must say that on the icy rocks the Vibram soles did let go on a couple of occasions, so a bit of caution was required in more severe conditions [©JG]