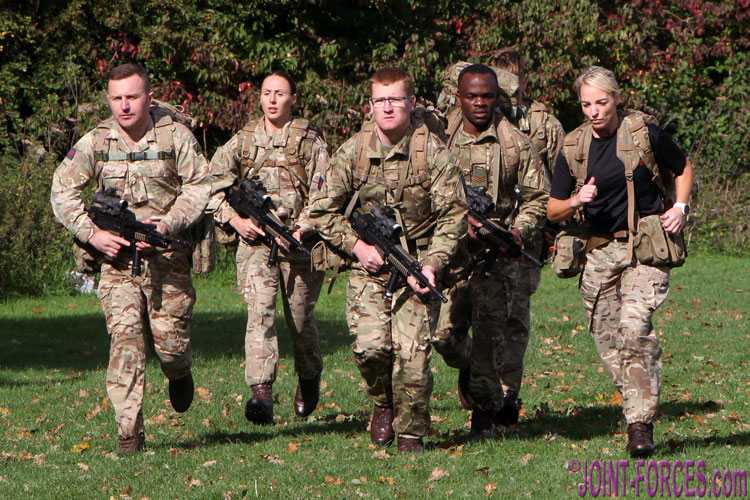 The British Army recently opened its conventional front-line roles to women and the decision has caused much debate amongst both serving and ex-service personnel, writes Robert Shaw.

There are some who believe, despite society in general adopting a gender-neutral stance on most things these days, that close combat roles should be restricted to males only. Although women have been allowed into the Special Reconnaissance Regiment (to carry out surveillance) and its precedent units for decades, and other armies around the world have allowed women to serve in teeth arm roles (including airborne units) for a considerable time, the British Army has been very resistant to change but has finally caught up.

The Army has recently introduced a gender-neutral fitness test, that all personnel in close combat roles must pass, which replicates some of the challenging tasks (such as lifting casualties out of vehicles) encountered in combat. In a seven-week long Platoon Sergeants Battle Course at the School of Infantry in Brecon, the MoD has recently tried to pass a number of participants, including one female, who failed the basic entrance physical tests; this, as widely reported, caused resentment from the other course candidates as it undermined a training system designed to ensure the Army has some of the best infantry soldiers in the world.

Corporal D of the Physical Training Corps was hoping to become one of the first female Infantry instructors in the Army by completing the course but, along with fourteen male colleagues, failed the Combat Fitness Test which all participants must pass in the first week. The test is carried out to ensure a basic level of fitness of all attendees as, although the course is progressive, it is extremely physically challenging (replicating realistic combat conditions in arduous terrain and weather conditions) and students must be able to keep up with their peers not slow them down. All students that fail the physical entrance test are returned to their parent unit immediately and since the course is linked to promotion, attendees in the past have turned up well prepared (physically and mentally) and highly motivated to do well.

In this case, Corporal D and the 14 others all failed the basic fitness test but were then seemingly told they could continue the course. This caused considerable derision amongst the 75 other students who had prepared properly and had passed the test. Those that had passed accused the Army of lowering standards for the group to allow a female to be pushed through the system for the sake of political correctness. It has been reported that initially the troops were ignored until they told the Press, at which point the MoD backed down and had to ask those that had failed to pass the combat fitness test to leave the course and return to their units.

This incident shows one of the pressures that the MoD is under. Desperately short of troops, it could be argued it has reason to pass everyone that fails fitness tests rather than lose numbers of promotable personnel, but to allow personnel that fail assessments to continue alongside colleagues that have worked hard to prepare for a promotion course makes a mockery of an otherwise first class training system… and the British Army’s reputation.