The Baltic Shield ~ No Sleepy Backwater 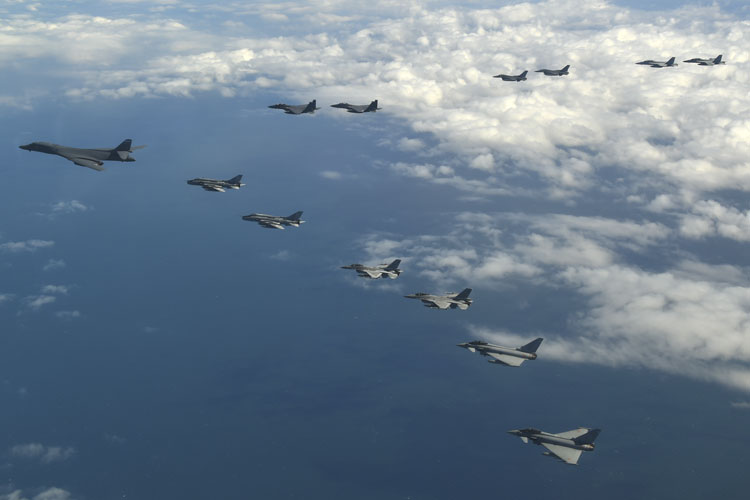 The NATO Northern Flank, well-guarded during the Cold War, seldom hits the headlines but that does not mean the Baltic and Arctic regions are sleepy backwaters.

In early August the Spanish Ministry of Defence admitted a Eurofighter accidentally fired an AMRAAM missile during a training exercise in Southern Estonia, writes Robert Shaw. The incident caused no casualties and Estonia’s military is looking for the remains of the missile (the built in self-destruct mechanism may not have functioned) which was fired during an air-to-air combat drill with two French Mirages, as they will need to both determine what happened during the firing as well as to deny any remains being exploited by Russian intelligence officers seeking to recover them.

The Spanish Typhoon is part of NATO’s Baltic Air Policing mission, stationed at the airbase in Siauliai in northern Lithuania, which in turn is part of a larger NATO deterrent force including land and maritime forces that are rotated through the Baltic States to conduct Coalition training with national forces and other NATO allies. This training, part of the enhanced Forward Presence (eFP) mission, is being undertaken to hopefully deter Russia from seizing the Baltic States as part of their expansion into former Soviet Union or Eastern Bloc countries using the rights of Russians living there as a pretext.

Concerns over the Russians’ ability to take the Baltic States using ‘ambiguous warfare’ has prompted the Polish government to offer to pay for a permanent base in Poland to allow a US Armoured Division to be stationed there; a force consisting of approximately 15,000 troops and 250 armoured vehicles. This would be of serious concern to Russia who see the Baltic States and Poland as their near abroad and won’t want NATO forces expanding into the region.

Norway is also concerned and has asked the US to double its force of US Marines stationed there and to move them further north into the Arctic, closer to the Russian border. There are currently 330 US Marines allotted to this area to replace Britain’s Royal Marines who no longer have sufficient specialist Arctic equipment or capability due to reductions in funding, but Norway wants 700 US Marines there from 2019. Russia has been expanding its influence in Scandinavian countries and has been building bases in the Arctic. It has also created an ‘Arctic Command’ and has a sizeable capability able to deploy there at short notice.

NATO troops operating in the Baltic States and Scandinavia are rotational, rather than permanently based there, and this means it is highly unlikely (given that Russia would use ambiguous warfare to seize key objectives and ground) that the Alliance would be able to reinforce or evacuate their troops once they finally realised that Russia had invaded; this is due to Russia’s advanced area denial systems that cover the airspace and sea space NATO forces would have to cross. Once Russia has seized the territory it wants, NATO is unlikely to find the political unity or manage to generate the force required in a timely enough manner to take back the lost ground and certainly European politicians wouldn’t want to risk a large-scale conventional war with a Russia armed with weapons of mass destruction and with the will to use them.

Footnote: Later this year 40,000+ NATO and partner nation troops are scheduled to participate in the triennial Exercise TRIDENT JUNCTURE in Norway. Yesterday the Russian Ministry of Defence announced that 300,000+ troops, including a Chinese contingent, are about to participate on Exercise VOSTOK-2018 which will be the largest manoeuvres conducted since 1981.