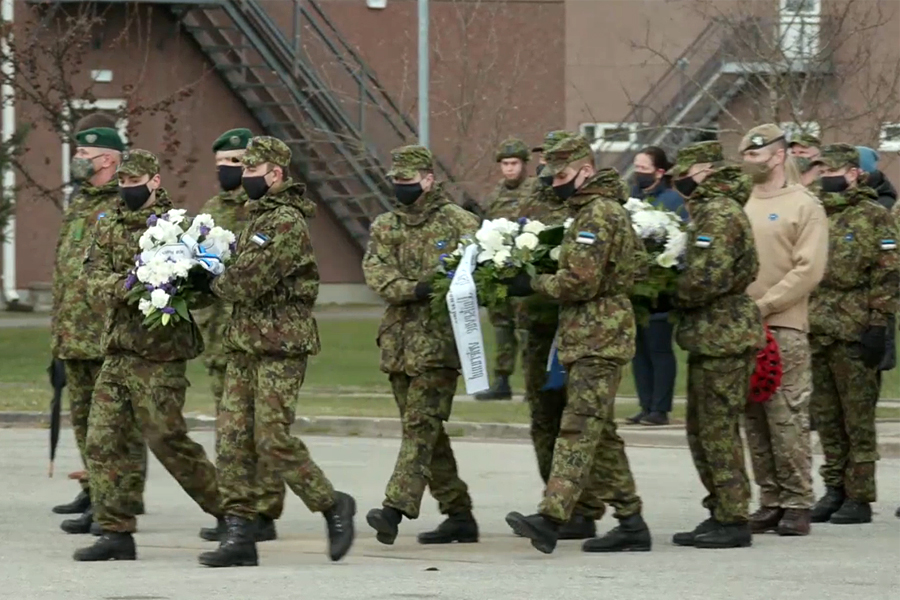 A memorial service was held today on the Tapa campus of the Estonian Defence Forces in front of a statue returned from Afghanistan.

Press Release, Tallinn, 23 April 2021: [auto-translated] On the Tapa campus of the Defence Forces, comrades in the Defence Forces were commemorated. The ceremony took place at a statue from Camp Bastion, Afghanistan.

Today, April 23, Veterans Day is celebrated in Estonia to recognise veterans of the Defence Forces and the Defence League and to commemorate fallen combatants.

Editor’s Footnote: The lead image on this page is a screengrab from the live video feed of this morning’s ceremony at Tapa, which we watched. Representatives of the British-led eFP Battle Group in Estonia also participated in the memorial parade and laid a wreath of poppies. Nine Estonian troops, serving alongside the British contingent in Helmand Province, gave their lives in Afghanistan.