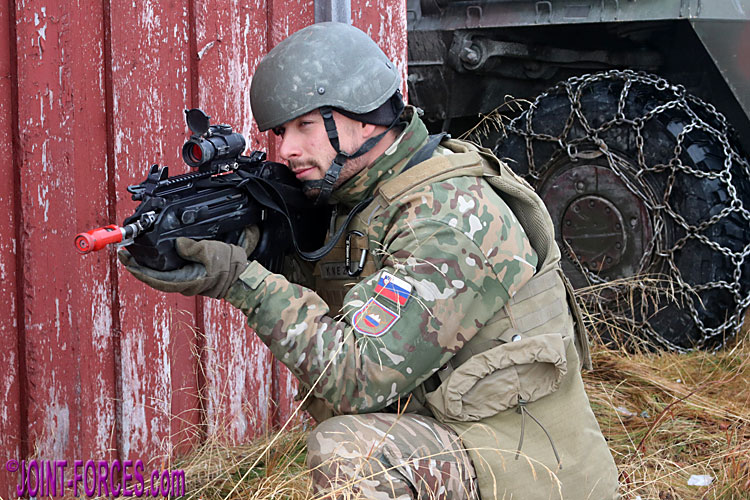 Continuing a theme started five years ago on the Green Line in Cyprus for the now defunct COMBAT & SURVIVAL Magazine, whenever possible when out in the field I try to take a representative soldier in national camouflage to one side and spend a few minutes taking photographs of both combat uniform and primary armament. The camo featured here is the current Slovenian pattern which I photographed during TRIDENT JUNCTURE 18 (TRJE18) in Norway last November. 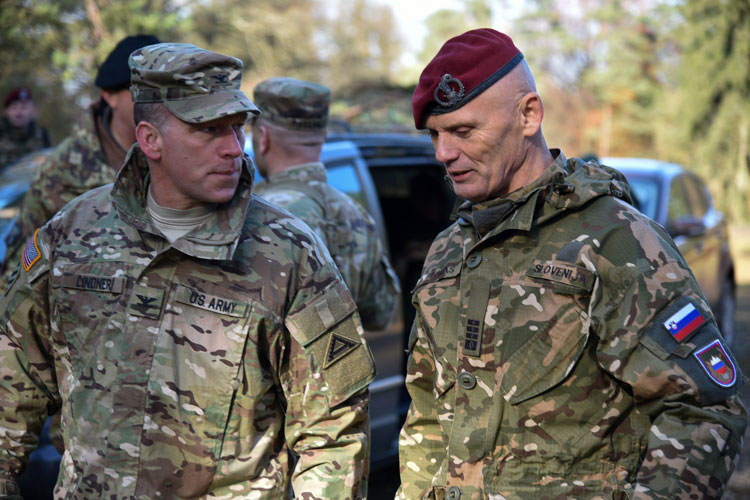 US MultiCam ACU (aka OEF Pattern) on left next to SLOCAM [US Army: Spc Craig Carter]

The Slovenian uniform pattern uniform, at first glance, appears like it might be a MultiCam variant and the overall impression of its colours is that they are a match for the Crye pattern – until, that is, one sees it alongside a Genuine MultiCam uniform. The image of a US colonel in MultiCam (left) alongside a Slovenian colonel in SLOCAM, taken by US Army Specialist Craig Carter on Hohenfels Training Area in Germany in mid-November 2017, illustrates the colour and pattern differences and similarities quite well but it is also noticeable that there is less blending of shades and colours with SLOCAM. 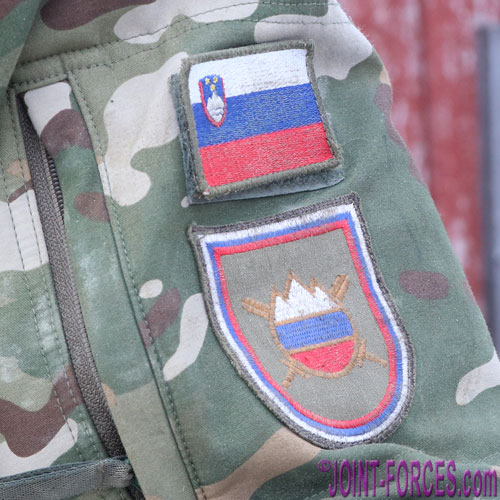 Following the break-up of the former Yugoslavia and the northern former state gaining its independence, Slovenia adopted a variant of the Yugoslav M87 mimetic oakleaf pattern, but with different colours, and designated it M91. This camo was used for close to 20 years, with a desert variation introduced around 2005 for troops serving in Afghanistan, until M12 SLOCAM was introduced in 2012/13 first for Special Operations Forces and a little later for more general use. Slovenian troops deployed to Latvia on the NATO eFP (enhanced Forward Presence) mission to bolster defences in the Baltic States wear this pattern. 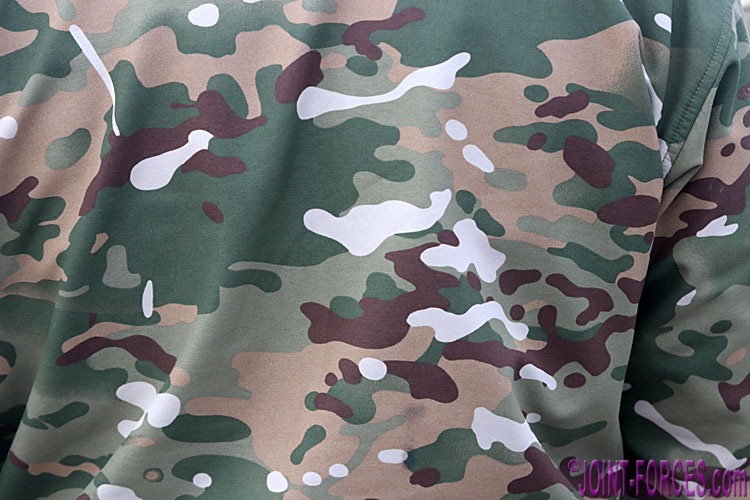 Close-up of a SLOCAM combat shirt in bright sunshine [©BM]

As can be seen from the image of the back of a combat shirt, shot in bright sunshine a couple of days earlier than the field photos, SLOCAM is a five-colour pattern with a mix of hard (mostly) and feathered edges. The primary colours are Bottle Green, Light Green and Earth Brown (some might say Tan) and the secondary colours are a Dark Brown (almost Black) and an almost white Light Stone shade; incorporating a very light shade in a camouflage pattern is a means of reflecting the general terrain / foliage colour around the wearer to help blend in better. Load carriage vest and pouches plus combat boots were tan and no helmet cover was fitted. 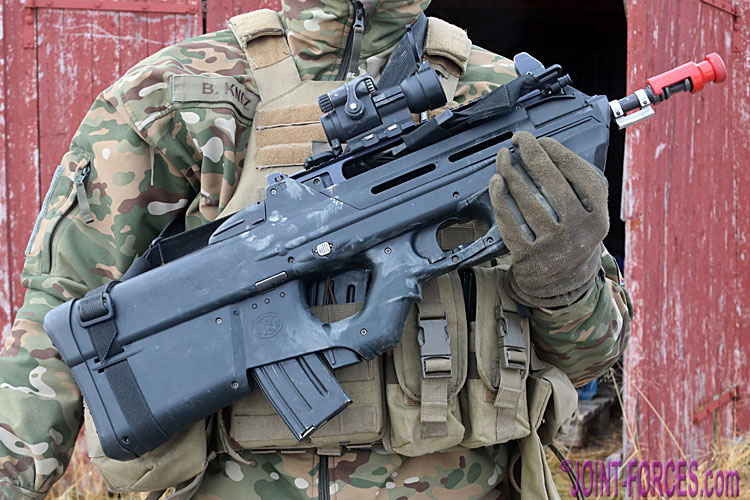 The primary weapon of the Slovenian Army, procured in 2006 and used operationally in Afghanistan, is the 5.56x45mm FN F2000S manufactured by FN Herstal of Belgium. The S model of the FN2000 is a modification of the Tactical model which has a raised Picatinny top rail that doubles as a carrying handle.