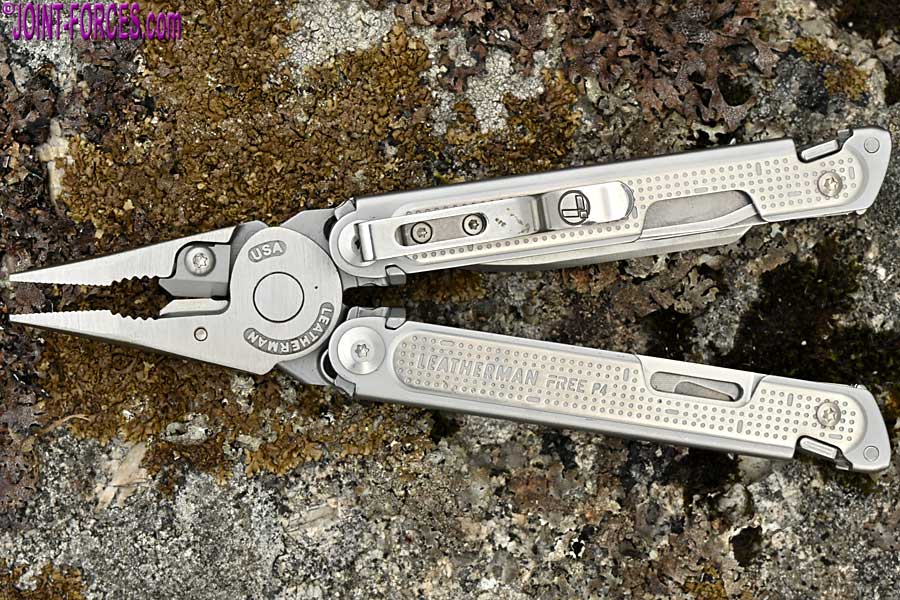 Everyone needs a Leatherman multi-tool / belt tool ~ indeed I have even been known to carry one on my belt when wearing a suit, writes Mike Gormley.

If ever there was a single item of kit that everyone needs to have, I reckon it’s a Leatherman. Years ago, around1983, it used to be easy. A Leatherman was just a Leatherman PST (Personal Survival Tool). No longer, as these days there are a multitude of multi-tools from the Leatherman brand; the model seen here is designated Free P4 Multipurpose Pliers.

I got my first PST in the later 1980s, having seen one in use by one of the JATEU Air Drop team I was working with at the time and I have never been without since then. I have even been known to wear one on my belt when wearing a suit! Things have moved on and on over the years as Leatherman have evolved and grown the brand, these days choosing a Leatherman is a task in its own right. There are tiny ones for the ladies to pop in their handbags and big chunky ones for the heavy duty stuff, with many more in between including some quite specialised versions.

Coming to the FREE P4 ~ that’s its name, not a mark of Tim Leatherman’s generosity, though he actually is a generous guy ~ this is a robust 21-tool, all stainless steel evolution. Tried and tested and based on the experience of both the company and end users alike. You just know as soon as you get the P4 in your hand that it has not taken shape overnight with a sprinkle of fairy dust. It’s chunky and has nicely rounded edges, so is kind to the hands when the pressure comes on, which it will be when using the hard wirecutters.

Tim Leatherman used to do a little demo at his presentations, if you were lucky enough to go to one. He had a holding rig for the tool, placed some thick high tensile wire in the cutters then stamped on it hard to cut the wire. That was a good demonstration of faith in your own product and a party trick both myself and Bob the Editor have witnessed firsthand.

Leatherman engineers have an ability to fit more into a small space than most. The FREE P4 will allow you to do most jobs you need to on a day-to-day basis, both about the home and when away. It will get you out of trouble and enable you to fix and fettle when the need occurs. A great way to earn ‘Brownie Points’ as you calmly get one out to sort out some issue that has occurred when others are calling for an ‘expert’. I have used them for many jobs you would not even think about and would not be on your radar when considering a belt tool purchase. How about undoing frozen boot laces? Undoing knots is a common one, especially if cold and wet. The list is endless and when you have one on your belt it is something you do automatically and without thought.

The FREE P4 is at the top of the league here and all the various tools do their job extremely well. The edge that Leatherman get on a blade is legendary. I just hate it when the time comes to resharpen mine as I know I can’t match the original. The scissors are great, left- or right-handed, which normally is an issue for me and scissors. The saw saws and the files file. The locking blades can be opened with one hand and lock released with the tool folded. There is a clever and very small device to hold the tool closed aided by a magnet. Things click into place with just the right amount of force but are not difficult to close or operate.

The more you think about the design and manufacture of the FREE P4 Multipurpose Pliers the more you realise this is a very well thought out and engineered bit of kit. I also like the latest style of sheath. Over the years I have had to replace a few of the older ones. They get a hammering and need to be tough as well as easy to use. When not in use your Leatherman needs to be safe in the sheath, or you might well add to the many that get lost. I asked Tim Leatherman one day what his best market was. His reply was replacing lost one! So be warned.