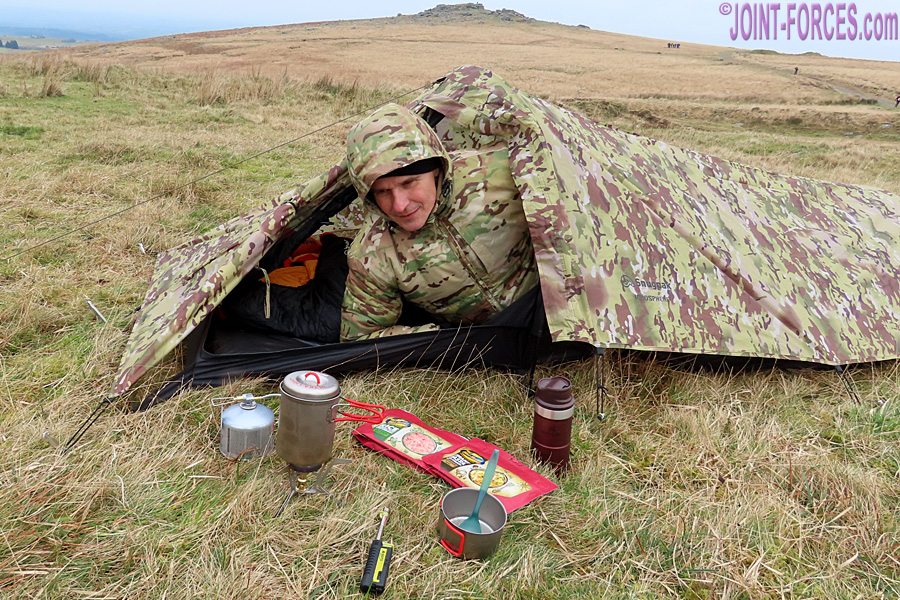 I have to say I do like the ‘Alpine’ style of stove. Clearly a compact and easily packable design but to me it has some other very important features. A low center of gravity makes it much more stable, and therefore safer as less likely to tip over and spill your valued brew or food – not to mention the all-important safety element.

Also, to me of great importance, is the ability to control the stove from a distance; okay, not far but enough to keep your hands away from the heat and hot stuff if you let the pot boil over. Reaching in under a pot that is sending hot liquid down over the controls is not good and especially so when out in the wilds.

This is SOTO’s first micro regulator Alpine-style stove. For once I am ahead of the game a bit with this and only have a box and info in Japanese; the English version is soon to come. This regulator is also used on their other smaller stoves such as the Windmaster. SOTO’s Micro Regulator keeps a consistent flame power regardless of the ambient temperature which normally effects the power output of a gas stove.

Like the Windmaster, this stove has design features to accommodate the environments it will be used in. The fold-out tripod legs give this stove a good stable stance as well as it having a secure pot stand that will accommodate most pots likely to be used on a stove such as this.

The burner is a key feature, being unusually large for a small stove but with good reasons. This allows it to provide heat to a larger area of the pot so improving efficiency. The burner is of a concave design to help retain heat as it is recessed into the shape to protect it from the wind and concentrate the output; again, similar to the Windmaster. Heat on the Fusion Trek is produced by no less than 300 ‘sub flames’ which are finely adjusted by the remote controller. This screws onto the top of the gas canister. The Fusion will accept most canisters with the Lindal valve and also can be used with any of the normal gas mixes.

With an all-up weight of just 182 grammes, including its armored gas pipe and carry bag, it makes a powerful and packable way to heat your food and generate a hot brew on the hill.