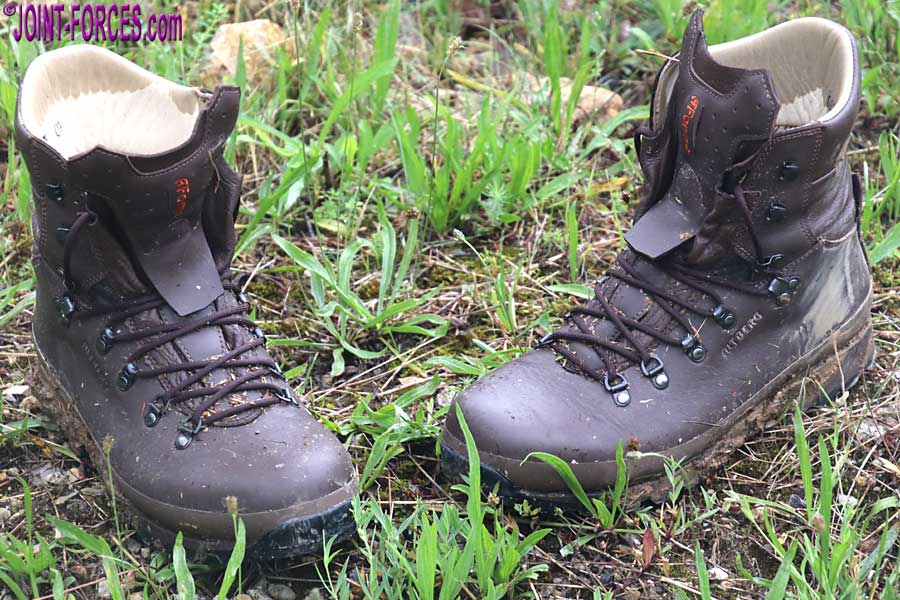 My recent long weekend trip to Bavaria gave me the ideal opportunity to wear my ALTBERG Military Ops Boots in the field in adverse weather, writes Bob Morrison.

I have now been wearing this next generation ALTBERG combat boot, a derivative of their very popular Defender and Warrior models, for over a month but until last weekend I mostly had to make do with summery UK conditions and a few days out in hot and dusty Drawsko Pomorskie in Poland… then Hohenfels bit back!

For those who have not been out to Hohenfels Training Area, a vast tract of wooded rolling countryside in Northern Bavaria, this outwardly pleasant exercise area has many of the same weather traits as Otterburn and can be a bit of a pain for those compelled to spend a few days in the field there with few human comforts. In deep winter, when the snow falls Hohenfels can give Otterburn Training Area a run for its money and from early spring to late autumn any heavy rain in this picturesque rural region between Nürnberg / Nuremberg and München / Munich is bound to gravitate here because of the area’s micro-climate. So, having previously checked the met forecast and being aware that Storm Ellen was fast approaching, when my ultra-helpful US Public Affairs Officer escort used the R-word (I prefer to use the P-word – i.e. precipitation) early on Saturday morning, my soul filled with dread.

A little later, the heavens opened and what had previously been very dry dust baked by a very hot August sun instantly turned into the sort of sandy loam that clags up even the best of off-road tyres on military vehicles, resulting in sideways slipping and sliding on anything but dead flat ground… and you do not get a lot of that on most army training areas I know of. On top of several hours of incessant rain, accompanied by its fair share of thunder & lightning, we were also subjected to very high temperatures (nudging the 30°C mark) until the cold front pushed through so to say it was hot and humid is a bit of an understatement. All-in-all, pretty decent conditions to check how the new Military Ops Boots performed.

As mentioned in my previous review, I opted for the non-membrane version of this new boot (the Aqua version has a Sympatex breathable waterproof bootee) which in my opinion is better suited for wear in warmer seasons / theatres. There is no doubt that some of the current generation breathable laminates work much better in the warm that the original laminates did, but if a lot water builds up inside the boot and there is not a high temperature difference between foot and outside air you can end up with soggy socks and soggy lining – neither of which are conducive to comfort and foot care. Although as soon as the sky burst I donned my MTP Lightweight Waterproof Jacket, which kept me dry from neck to just above the knees, by the end of Saturday the legs of my polycotton combat trousers and the tops of my Snugpak Merino Socks were well and truly waterlogged but my feet themselves were dry as a bone. Treating my boots with Leder-Gris before the start of my Bavarian trip definitely paid off.

The Military Ops Boot, as I have mentioned before, has proved to be very comfortable from the outset so I had no issues on the comfort score last weekend. The VIBRAM Masai sole on the new boot has larger tread blocks with bigger spaces between them than the VIBRAM Tsavo sole used on the Defender Mk.2 Boot and I found these self-cleaned better in the loamy conditions. At one point on Saturday the sergeant and myself travelling in the back of our Hum-vee (HMMWV) got out and walked ahead to recce on foot for the driver when she was crossing unfamiliar terrain with long grass and very soft going, which from time to time saw the vehicle drifting sideways on sloping ground as its tyre treads filled with loam. I, on the other hand, did not lose my footing once even though my rather asymmetric centre of gravity was probably higher than that of the 4×4.

My initial impression on this boot was that it was a good one and after a month of wear in very varied conditions I have not changed my mind. Indeed I can now see no reason for not retiring my much-loved ‘olive’ original UK MoD Trials specification ALTBERG boots from 2011, which have the very same sole pattern and are just as comfortable. As for Negatives, I can only find one; a pull-on tab at the rear would be handy, especially when wearing thick socks.