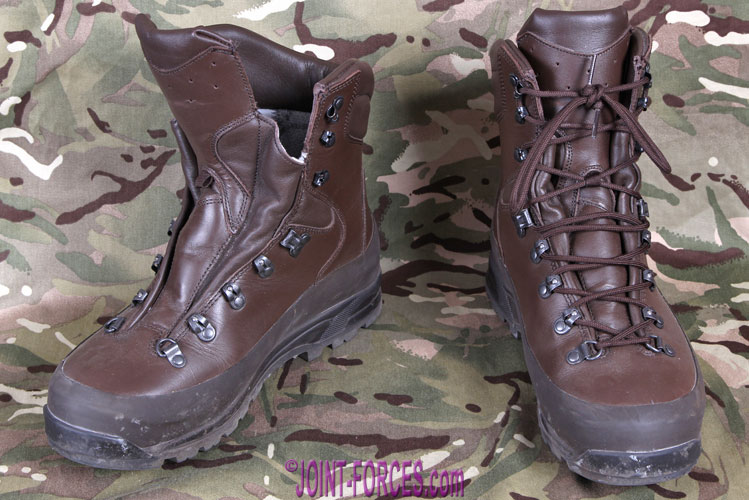 The cunning plan paid off and this Monday and Tuesday I spent two longish days off on assignment with my feet in the new UK MoD issue Iturri Cold Wet Weather boots, writes Bob Morrison.

This is just my initial assessment on thes boots, and if all goes to plan I will be wearing them out in Norway (where, a Forsvaret media officer told me earlier today, it started snowing yesterday) during Exercise TRIDENT JUNCTURE at the end of the month. 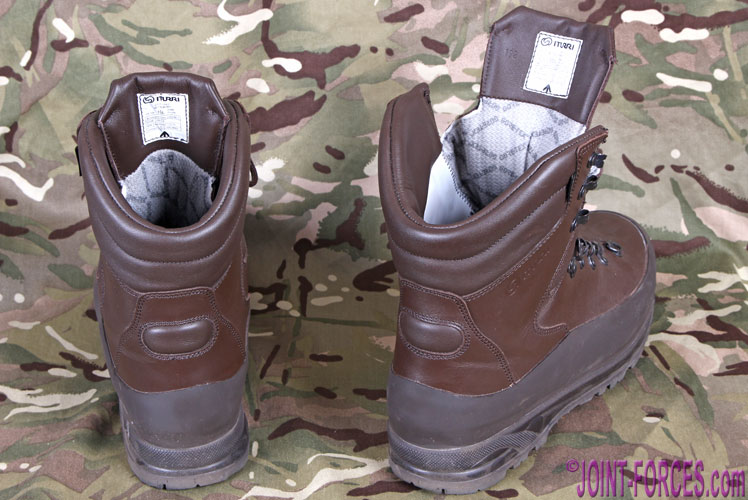 It is still a bit warm for these boots here in the UK, but as they are both sturdy and heavyweight it made sense for me to start breaking them in ahead of deploying on what is being billed as the biggest NATO training exercise since the end of the Cold War. In addition to travelling across much of southern England and back by cramped train with very little leg space, I spent over seven hours on my feet (on hard going and ballast) with only a fifteen minute sit down at the start during MoD safety briefings, but I suffered no problems other than a little bit of ‘welly rash’ at the end where my socks had slipped down. 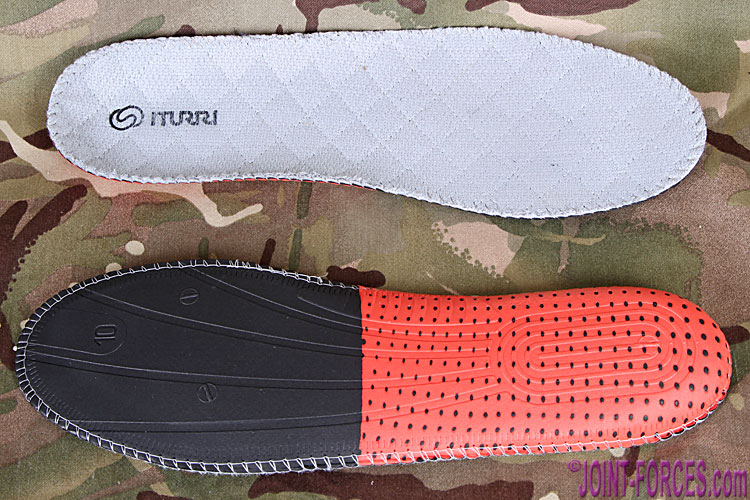 Insoles are insulated and quite comfortable [© BM]

Now let me set the record straight on one thing. Although the new Iturri Cold Wet Weather (CWW) boot shares some similarities with the 2012 CWW boot procured by UK MoD through Iturri and branded as Karrimor SF, and indeed that earlier boot was actually made in an Iturri factory, the design of the uppers is totally different and so is the latest generation Gore-Tex membrane plus a completely different outsole is used and the removable insole is new. 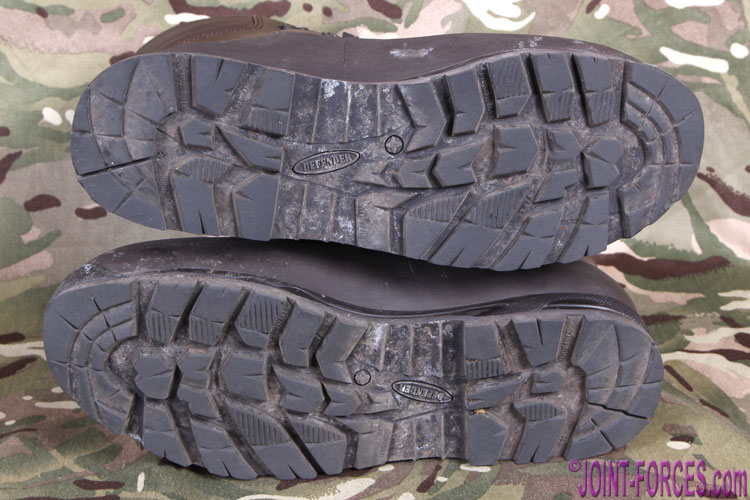 RUBBERMAC Defender soles – they are both quiet and grippy [© BM]

Intended for wear in the toughest climatic conditions, this is a heavy boot which tips the scales at around 1020 grammes for a single UK Size 10 Large; as this category of boot is only likely to be ordered in quite low numbers by UK MoD no half sizes are produced (I am usually a 10.5) but both Medium and Large in both Male and Female fits are available. Uppers are good quality full leather, the outsole is the RUBBERMAC Defender, the breathable laminate is the Gore-Tex four-ply Insulated Comfort type and the insulation is Thinsulate. 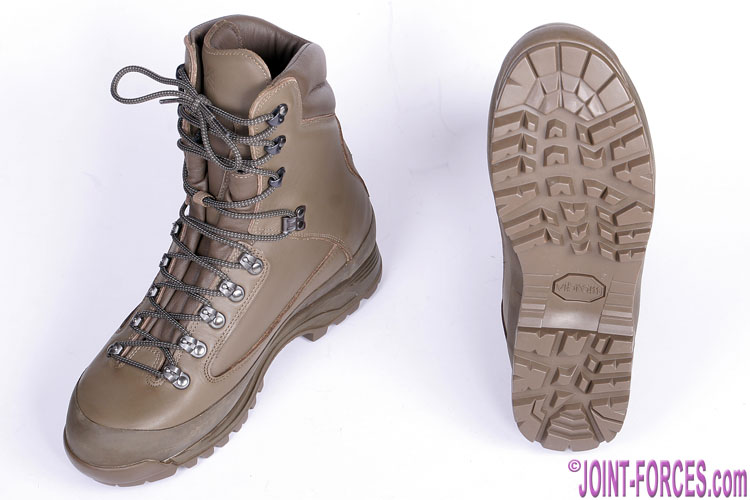 There is a very substantial 30-40mm deep rubber rand around the whole boot, to both protect against knocks and prevent saturation of the leather if standing for long periods in slush and water. The insulated tongue gusset extends to about 190mm (7.5”) above ground to help keep out snow and water, and both the tongue and collar are soft leather and well padded. Like with all latest generation (2017 contract) UK MoD combat boots, closed lace tunnels are provided at the top. There is a pressed metal lace lock at the fifth position, ball bearing lace furniture at positions 2 to 4, and the bottom lacing position has a D-ring; this system gives two-zone lacing and it is a relatively speedy task to tighten one’s laces. 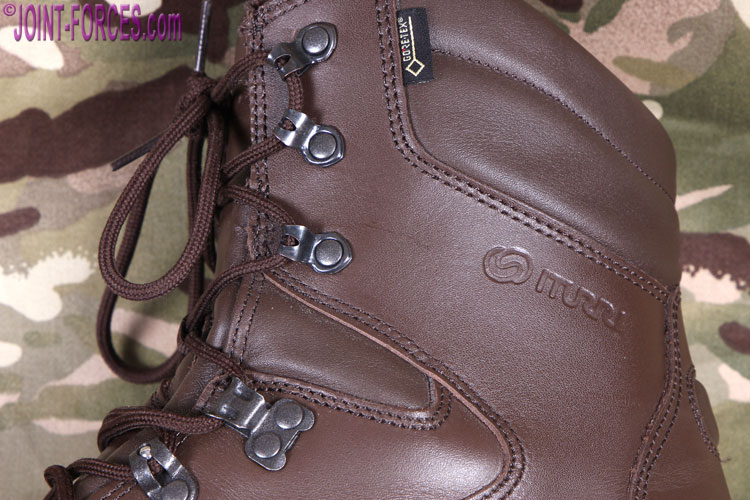 I have heard some grumbles about the low rear cut of the latest generation of UK MoD boots, but manufacturers had no choice on this as the procurement chain insisted on it – and on the ‘speed lace’ rather than open hook lace furniture. Some have also commented on the weight of these boots, but that is the price one has to pay for keeping feet dry and warm in severe wet cold conditions.

Compared to a latest generation HAIX Black Eagle or LOWA Innox extreme lightweight boots, the Iturri CWW is a right beast… but if one wants warm dry feet on a winter deployment to Estonia, Norway or Poland this extra weight is going to be well worth it. It is now almost 30 years since my first exercise in Norway, with the Royal Marines, and my toes also still remember my trek around a very cold and snowy Bosnia in 1996, so you will not find me wearing inappropriate footwear for TRIDENT JUNCTURE 18 – therefore yes, I will definitely be taking these very warm boots with me when I head off for Hedmark in early November.

If interested in privately purchasing a pair of Iturri CWW Boots but are not eligible for an issue pair they are available from Survival Aids, who supplied these test samples.