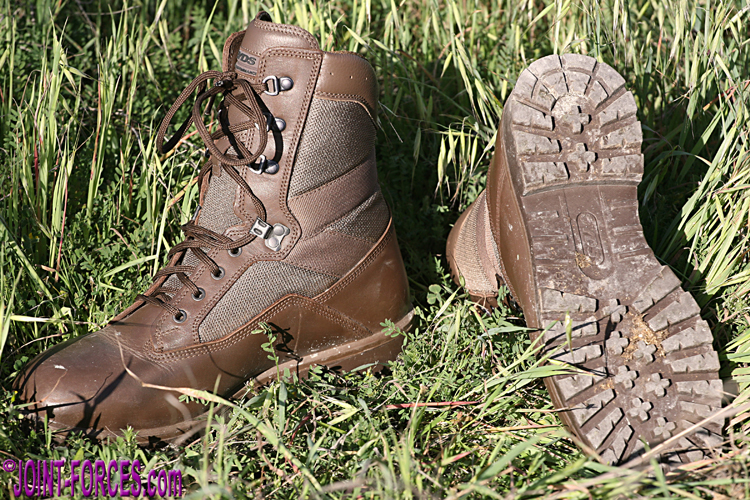 The following Footwear Archive article on YDS combat boots was published in the May 2014 issue of the now out-of-print COMBAT & SURVIVAL Magazine, writes Bob Morrison.

This month [May 2014 issue] we have been trialling the last of the ten new brown boot styles being issued to UK Forces by the MoD, and as our test samples arrived just before I departed for Cyprus to spend a week working with UNFICYP troops patrolling the Buffer Zone, Green Line and UN Protected Area this was very opportune. One of two choices in the MoD’s Boots Patrol category (the other being the Bates Tactical Sport 8″ model tested last month) these boots are intended primarily for use where the combat threat is medium to low and patrol pack weight is light – i.e. just the type of duties British personnel on a six month tour with the UN undertake. However for the warm conditions encountered in Cyprus the Boots, Desert Patrol category is the ideal choice so many UK sappers working in Sector 2 have been issued with the YDS Falcon suede sibling of the Kestrel.

I tested the YDS Falcon in the new MoD colour last year and was very happy with the boot, so I was pretty confident that the very similar, though smooth leather, YDS Kestrel would be up to the job. It was. Indeed so confident was I that not only were the Kestrels the only 8″ combat boot that I took with me (I flew in my more civvy-looking Aku Pilgrims) but I even took them off on assignment before they had been broken in. At the end of my first day with the Blue Berets when the lead image for this article was taken – hence the unfamiliar vegetation – I was perfectly happy with my choice of footwear as these boots felt like they were old friends rather than brand new.

YDS Kestrel lightweight brown patrol boots, made in Turkey by Yakupoglu who are one of the world’s major uniform and combat boot manufacturers, have 1.8-2.0 mm beige full grain cow leather and knitted CORDUA uppers with soft 3D mesh 100% polyester lining and Coolmax inner lining. The cushioned sole is dual density with a polyurethane mid layer and a hard wearing durable YDS nitrile rubber outsole with a multi-terrain tread gives superior mobility and balance over rough terrain and when scaling or traversing obstacles. The removable EVA footbed is anatomically shaped, washable and quick drying. Lacing system is a mix of nylon eyelets and tunnels with an open hook lace lock. 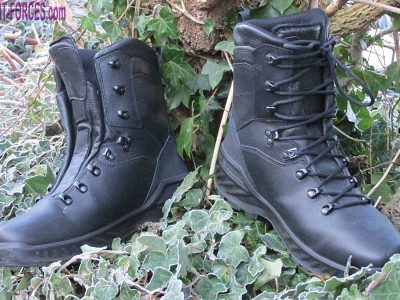 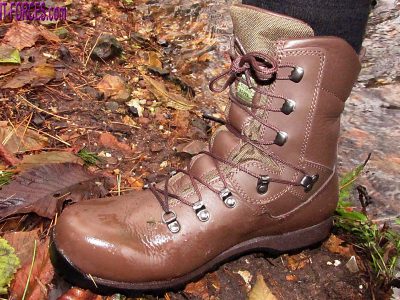