Summer Is A Long Way Off ~ Bad Weather Preparedness Pt.1 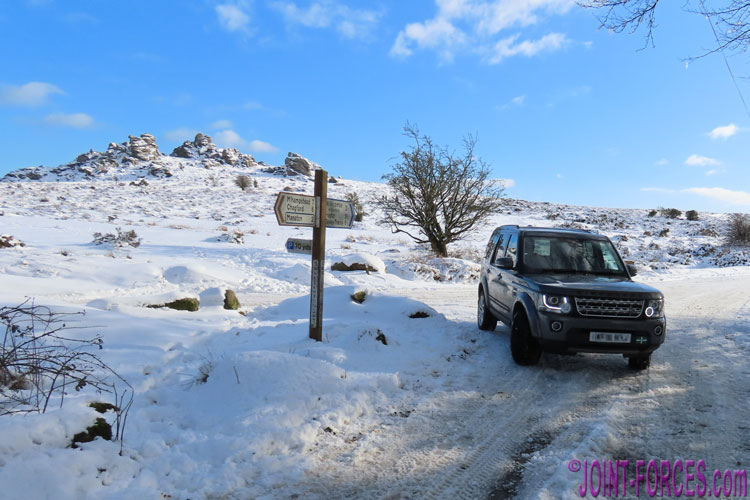 Do not let the recent February mini-heatwave lull you into a false sense of belief that winter has gone and summer is already on its way as that could be dangerous, writes Mike Gormley.

As I write this in early March yet another storm rages outside and just over a year ago here in UK we were gripped by the ‘Beast from the East’ followed by Winter Storm Emma, which succeeded in bringing much of the country to a slithery stop. These and other similar exceptional weather occurrences emphasise the need for Bad Weather Preparedness.

Just over the hill from me during the last icy blast many cars and occupants became stranded, some all night, on the main A38 trunk route to/from Plymouth and Cornwall. This is not a new thing and happens regularly when the snow arrives. When the ‘Beast From The East’ struck I took my wife to work at Torbay Hospital, a somewhat ‘interesting’ and not so direct journey, and ended up spending the next three days as one of the volunteer 4×4 Response team ferrying staff and patients to and from the hospital.

Clearly snow is an obvious hazard, but a few years back I was on my return southwards from the north of England. Weather was not good for sure and crossing the Pennines heading for the M6 I was soon involved in a long and testing night. Approaching the motorway I found out it had been closed because of the wind. Close to chaos ensued. A hard look at the maps and a new route was planned.

My first stop was to fill up with fuel for both my Land Rover and myself. With plenty to sustain us both for the 200 or so mile journey ahead we set off into the mayhem. While at the garage it was rough, with stuff being blown everywhere. The signs were there. Within minutes of leaving the garage on an urban dual carriageway, I saw a tree blown down across the road straight in front of a car. Close one! Soon afterwards traffic stopped on my side. Eventually at a junction I was told by police another tree was down and the road was closed.

I set off guessing my way around the town but heading generally south. I needed to get onto open roads. I eventually did but soon thought it was time to call a halt and find somewhere to stay. Debris and some minor floods were telling me the road was not a good place to be. I then became aware that there were no lights around. It seemed the whole of Cheshire was in darkness. No traffic lights or anything. This was later confirmed on the radio. In these situations, the radio is a must. Traffic reports were now coming thick and fast.

I gave up the idea of finding somewhere to stay. All places that I saw were in darkness so were unlikely to welcome a visitor at this now late hour. I was warm, dry and felt secure in my very capable vehicle, but here too lies a danger. It is all too easy to become divorced from what it is like outside; an all too common problem when driving conditions are poor, be it fog, rain or snow. We have all seen others driving way too fast for the conditions, warm and cosy with the stereo on. Stay aware!

I was still making reasonable progress as most folk were now, sensibly, at home. Then a row of red lights appeared in front. I could see, a couple of hundred yards ahead, a very substantial tree down across the road. There was a team working on it but this was no sapling. It was going to take them a while even on a good day. More map checking.

This torch from GP Batteries is rechargeable, lives in my vehicle and is topped up every now and again so always ready for use [©MG]

I turned around and took to the lanes, eventually getting back to the main road a bit further on. All went reasonably well with just a few branches on the road and one small tree half blocking the it. You have to become super aware. As you drive you are looking at the trees straining against the wind hoping the roots will hold. Floods are dark and often don’t show until you are onto them, all made more tricky if the road is winding. With few about now I was more or less in control of my own situation. I could go at my pace. I also new I could just stop and spend the night in my vehicle. I had food and drink and enough fuel to keep warm along with my ‘suitable’ clothes.

My next problem was when looming out of the darkness the River Severn appeared where the road should have been. I could not see the other side of the flood. Clearly it was time to retreat and find yet another way. More map time and off I set. I was now headed for the M5. All went well until once again the road was flooded. Now in an urban situation with street lights still on I could see more. Applying the ‘how far up the fence’ depth gauge and sometimes driving up onto the higher pavement I was mighty pleased to be in my Land Rover. We waded through to the dry road on the other side of the river – the Severn once again.

I was soon back onto the motorway and headed for home, hoping at least the motorway would be okay. It was. A further couple of hours and I was home. It had been quite a journey with lessons learnt. I was very happy to be a Land Rover owner and used to driving in less than good conditions and also pleased I am pretty good on maps. I was also glad I was sensible enough to take on the relevant supplies early on in these proceedings.