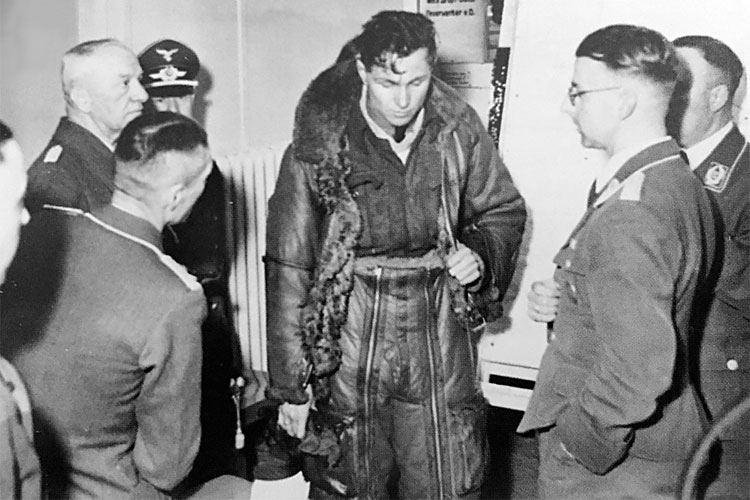 In this third Escape & Evasion article in the series we will look at the reasons for evading capture in WWII Europe, writes Robert Shaw.

In my last article we looked at the advantages and obstacles that Evaders had in WW2. Given that the obstacles to evading across Europe seemed to far outweigh the advantages to an Evader, one might ask why evade at all?

Certainly, one reason was duty. The reduced combat capability resulting from the loss of literally thousands of fighting men, combined with the economic cost of training competent replacements for an increasingly technical war, meant that all servicemen were told that when behind enemy lines, whether detained or free, they were obliged to go on fighting for as long as they could. In fact, the Geneva Convention on the Treatment of Prisoners of War (PoWs) recognised the prisoner’s right to escape.

Every returned airman was a valuable, trained asset recovered to the benefit of the war effort. It cost £10,000 – equivalent to several years’ wages – to train a bomber pilot and £15,000 for a fighter pilot. Escape and Evasion (E&E) activity also constituted a new ‘front’ that diverted important enemy resources away from the conventional front lines.

Another reason was the conditions in PoW camps varied considerably. Despite the harsh living conditions whilst evading it is always easier than to be a PoW and the further up the capture chain a prisoner went the harder it becomes to escape. Conditions in German camps where considered better than the Italian camps, and certainly better than the conditions in Japanese ones where 25% of PoWs died; by comparison it was 5% for those held by the Germans and Italians.

Although initially treated well by the Germans, the conditions in the camps got worse over time as the German infrastructure was bombed and therefore food and other items were in short supply. Towards the end of the war the PoWs were forced to make long marches westwards to escape advancing Russian forces; one march was 600 miles and another was 415 miles, mostly in appalling weather conditions, and hundreds died.

Certainly, a good reason to Evade, no matter how hard this seemed, was the loss of control over one’s fate. Prisoners have no idea how they will be treated, whether at their point of capture or during captivity; at least 80 airmen were lynched by civilians when they were caught during WW2. There is also the threat of interrogation and exploitation by the enemy, which is not just unpleasant, but worrying to the Evader’s chain of command who are concerned about Operational Security (OPSEC) and don’t want PoWs giving information away that might endanger the war effort. Prisoners could also be executed as, for example, those 8,000 Polish officers among the 22,000 Poles assassinated in the Katyn Massacre by the Russian NKVD in 1940 with the approval of Stalin and the Soviet Politburo.

Morale is also a good reason to escape. The effect of Escapees and Evaders returning to their comrades was a huge morale boost and every successful escape also provided morale for the public on the home front.

In the next article we will look at the creation of MI9 and MIS-X, its US equivalent.