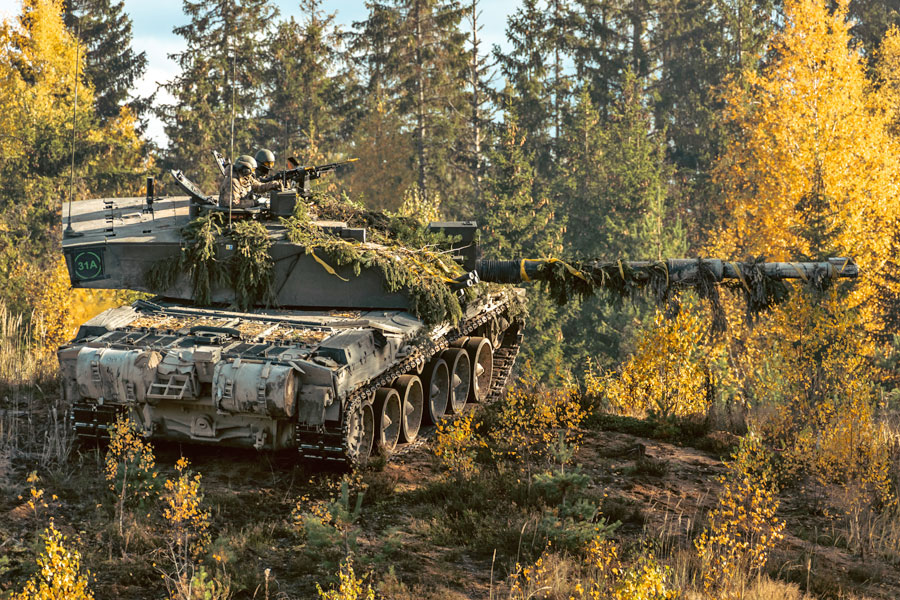 The OKAS series of exercises, including Exercise BOLD HUSSAR 2022, increased the combat readiness of the defence forces in Estonia.

“All our activities that we wanted to practice have been practised and the brigade is significantly better prepared to perform its combat mission,” said the commander of the 1st Infantry Brigade, Colonel Andrus Merilo, adding that the BOLD HUSSAR exercise, which ends today, helped consolidate previous experiences and identify bottlenecks that need improvement.

“I believe that the participants of the exercise will take with them the self-confidence that they are able to solve tasks in a difficult situation in a very diverse combat activity and in very challenging situations,” added Colonel Merilo.

The purpose of the BOLD HUSSAR exercise was to integrate the allied battle group into the composition of the 1st Infantry Brigade and to teach the allied units how to act in offensive and defensive operations on Estonian terrain under the command of the brigade commander.

According to Lieutenant Colonel William Hodgkinson, commander of the allied battle group, the exercise provided a very good opportunity to understand how to perform various tasks considering the Estonian landscape and environment and how to best integrate the capabilities of the battle group into the existing structure.

“In the battle group, we have interwoven the tactics, technical capabilities and procedures of the defence forces of France, Denmark and Estonia with those of our own – the United Kingdom – to work as a unified team for a common goal and result, which is to repel possible aggression,” added Lieutenant Colonel Hodgkinson.

The OKAS combat readiness exercise began on September 22 with an additional training gathering, which lasted until September 28, mainly in North-East Estonia, and continued with the Decisive Lancer staff exercise aimed at land defence circles and the allied battle group integration exercise BOLD HUSSAR.

The OKAS 2022 exercise combined the defence and deterrence posture of NATO in Estonia with the exercises of the defence forces, the Defence League and the allies with the training of reservists all over Estonia. The activities of NATO, including Estonian soldiers, were visible both in the air, at sea and on land, including in urban areas. Land defence covering the entire country, integration of allied units and cooperation of state authorities in a crisis situation were practised. The OKAS exercise ended today (14th October).