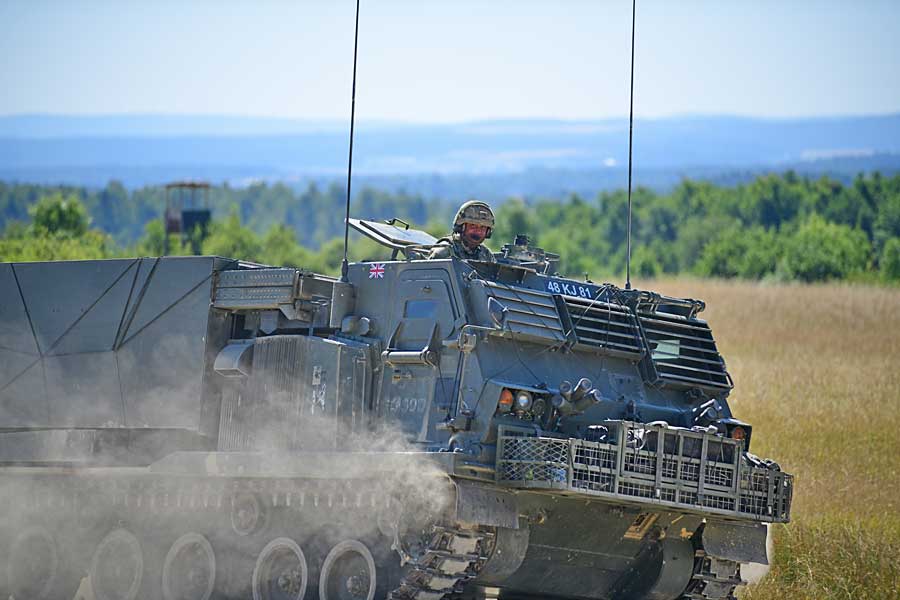 Allied rocket artillery systems practised synchronising their fires during DYNAMIC FRONT 2022, a US-hosted artillery live-fire exercise held in Germany. During the exercise, Multiple-Launch Rocket Systems (MLRS) from Slovakia, the United Kingdom and the United States were used to perform fire missions under the command of a multinational higher headquarters, played this year by the UK-led Allied Rapid Reaction Corps (ARRC). This is made possible by the Artillery Systems Cooperation Activities (ASCA), a software programme that links artillery batteries from different countries to a centralised, multinational command and control centre. Currently, nine NATO Allies participate in this programme, including Denmark, France, Germany, Italy, the Netherlands, Norway, Türkiye, the United Kingdom and the United States.

The Slovak and US armies strengthened their cooperation by joining forces in the field: soldiers from the US Army’s 1-41 Field Artillery Battalion acted as a fire control centre for a battery from the Slovak 54th MLRS battalion, receiving and passing on fire missions. The US soldiers were part of the forces deployed to Europe in early 2022 after Russia invaded Ukraine. Additionally, Joint Terminal Attack Controllers (JTACs) from NATO invitee Finland worked alongside JTACS from the Czech Republic and Spain to direct the artillery fire while also calling in simulated air strikes from the US Air Force fighters.

Editor’s Footnote: We were invited out to Grafenwöhr by USAREURAF for the DYNAMIC FRONT 2022 Distinguished Visitors Day and media facility but unfortunately prior commitments prevented either Carl or myself attending the event.