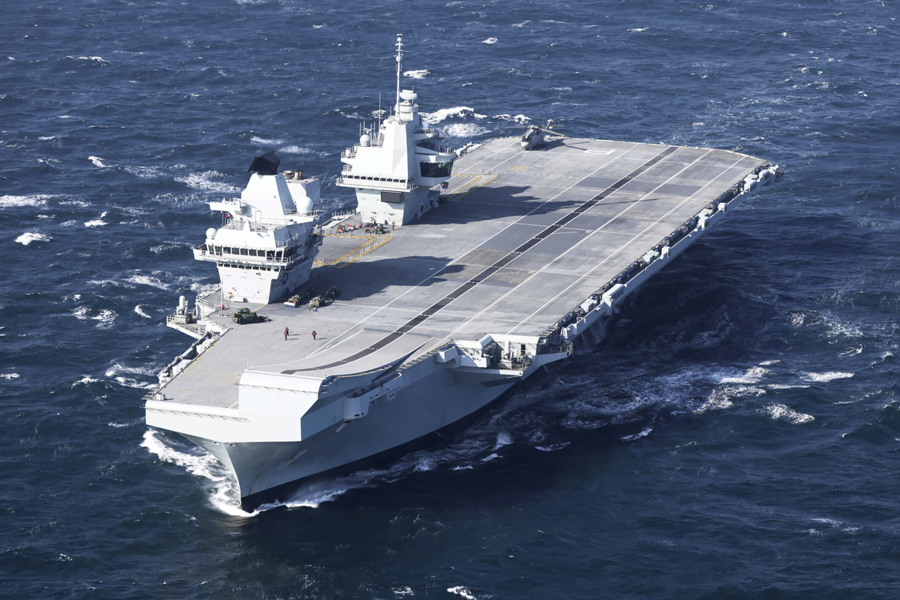 UK Armed Forces join the largest (Allied) Arctic exercise in 30 years as COLD RESPONSE 2022 starts off the shores of Norway.

News Release, Whitehall, 15 March 2022: Royal Navy aircraft carrier HMS Prince of Wales has taken its place at the centre of one of the most powerful naval task forces in the world at the start of the largest [Allied] Arctic exercise for 30 years.

HMS Prince of Wales, which is currently serving as NATO’s command ship, has sailed north to the Arctic for Exercise COLD RESPONSE 2022, a month-long test of allied forces which will see 30,000 troops from 27 nations operate together. The regular exercise, which takes place every other year and planning for which began in December 2020, will involve more than twice as many personnel as the 14,000 planned for in Exercise COLD RESPONSE 2020. During the weekend, a task force of 25 ships from 11 nations gathered close to Norway at the start of the training, including six Royal Navy ships and more than 2,000 UK military personnel.

Defence Secretary Ben Wallace said: “The Arctic is becoming an area of increasing military competition and the security of the region is directly linked to our national security.

“Exercise COLD RESPONSE is a demonstration of NATO’s ability to both operate and compete in one of the harshest environments in the world and is demonstration of how a multinational force would defend Europe’s northern flank.”

HMS Prince of Wales joined the COLD RESPONSE task force shortly after air defence exercises in the North Sea alongside four of the UK’s F-35B Lightning jets from 617 Squadron, the Dambusters, on Friday 11 March. The jets from RAF Marham took part in an air battle exercise, which was orchestrated by two Royal Navy fighter controllers on HMS Prince of Wales in the skies over the east of the UK and in the North Sea.

The F-35B jets were pitted against eight ‘aggressor’ aircraft, allowing them to hone tactics between ship and fighter jets. As HMS Prince of Wales continued her journey north to the Arctic, the RAF’s 207 Squadron carried out a flypast with two of their F-35B jets while the aircraft carrier sailed alongside USS Mount Whitney and USS The Sullivans.

Around 900 Royal Marines have been deployed to the Arctic since January in preparation for the exercises, sharpening their expertise in operating in the freezing conditions. While HMS Prince of Wales works on COLD RESPONSE, her sister ship HMS Queen Elizabeth is carrying out vital training and exercises in the waters close to the UK to keep her ready for operations anywhere in the world.

The UK will be sending a task group consisting of:

The ships of the COLD RESPONSE task group:-