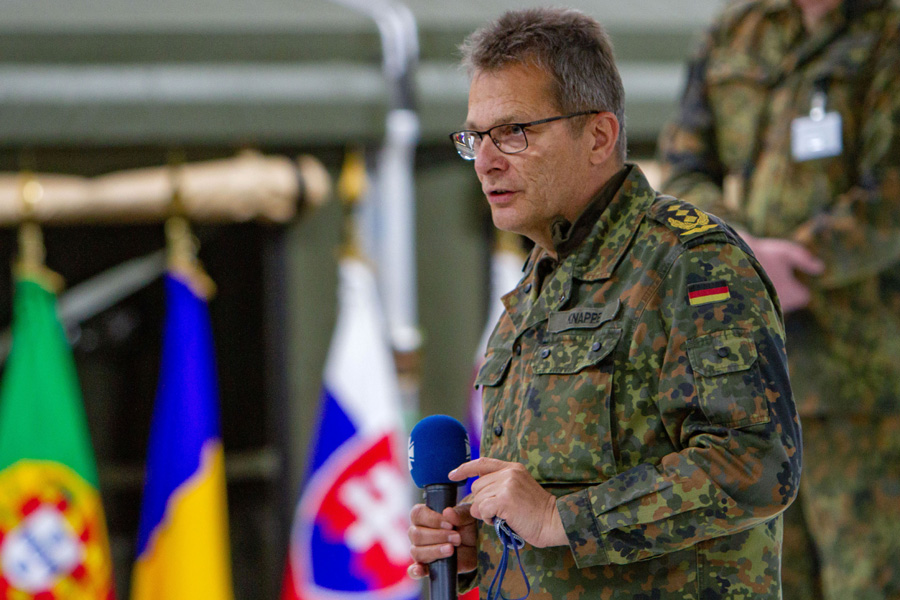 The NATO Joint Support and Enabling Command (JSEC) has tested reinforcement and sustainment procedures for the NATO Response Force.

News Release, Ulm, 16 November 2021: The Joint Support and Enabling Command (JSEC) hosted a special exercise for movements of NATO forces in Ulm, Germany, from Monday, November 15, until Tuesday, November 16, 2021. About 60 international participants from different Allied entities rehearsed the movement of the NATO Response Force (NRF) and additional units in time of crisis.

“It was a great opportunity for the Joint Support and Enabling Command to credibly demonstrate our readiness in conjunction with the other NATO headquarters and all involved stakeholders,” emphasized Lieutenant General Jürgen Knappe, JSEC Commander, who was very pleased by the “excellent organization of the multinational event which once more fostered the cohesion of the Alliance and strengthened the transatlantic link.”

“Such exercises bring together NATO logistics professionals who were challenged with moving and sustaining forces over a prolonged period of time in order to identify procedural gaps and ways, how to close them for the future,” he explained the purpose of the rehearsal of concept, often referred to as ‘ROC Drill’. It mirrored one of JSEC’s core tasks: The coordination of the NATO troop movements across the Alliance in all possible directions.