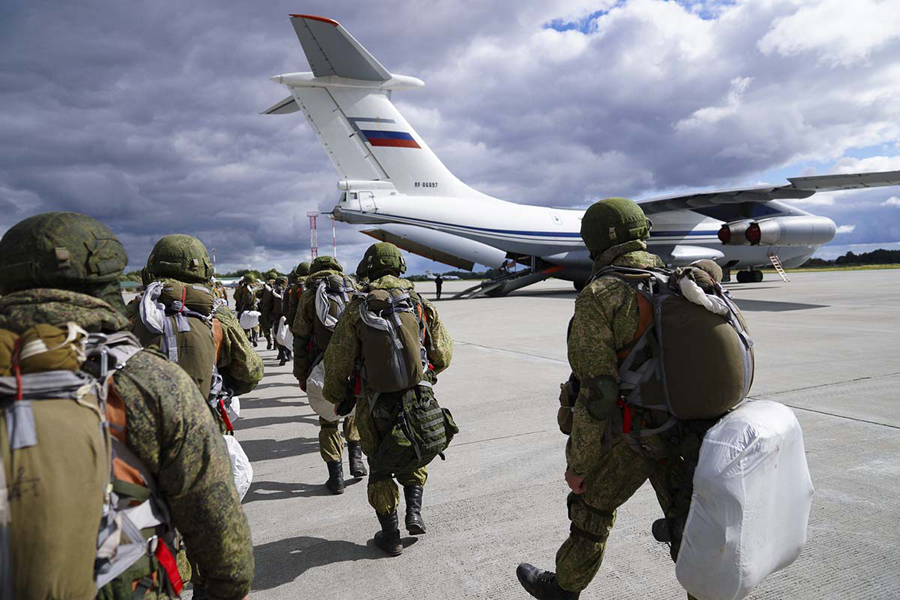 A tactical airborne assault landing was carried out in Russia’s Kaliningrad region during the Joint Strategic Exercise ZAPAD-2021.

Press Release, Moscow, 15 September 2021: [auto-translated] In the Kaliningrad region, at the Pravdinsky training ground of the Baltic Fleet army corps, during the stage of the joint strategic Russian-Belarusian exercise ZAPAD-2021, military transport aircraft of the Russian Aerospace Forces carried out a landing with standard weapons, about 300 servicemen of the Pskov Airborne Forces, and twelve BMD-2KU airborne assault vehicles .

According to the plan of the exercise, a pair of Su-27 fighters of the Baltic Fleet, having carried out an air battle, cleared the airspace of the aircraft of a simulated enemy. To ensure the safe deployment of the main landing force, the frontline Su-24 bombers bombed the positions of the notional enemy. After the landing, the Pskov paratroopers destroyed the command posts, seized the bridgehead and defended it. In addition, the Airborne Forces during this episode practised conducting airborne assault operations to block and destroy the forward detachments of the notional enemy.