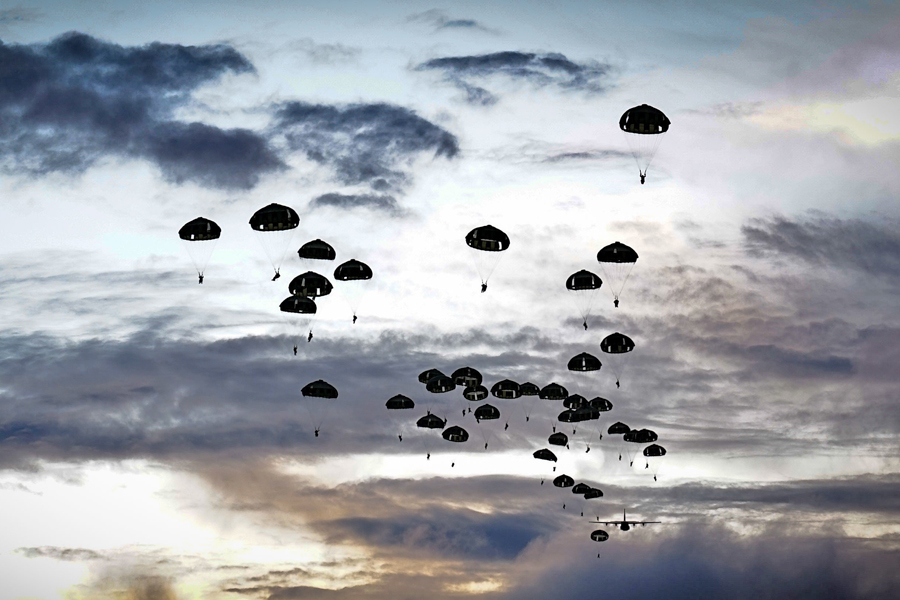 On Saturday 30th July American and Japanese Paratroopers and Special Forces were dropped onto Andersen Air Force Base on Guam.

This joint exercise by the US Army and Japan Ground Self-Defense Force, supported by the US Air Force, involved soldiers from the two nations based in Japan flying to the US island territory of Guam and parachuting in as reinforcements.

Exercise FORAGER 21 is a US Army Pacific (USARPAC) exercise designed to test and refine the US Army’s ability to flow landpower forces into the theatre, execute command and control of those forces, and effectively employ them in support of allies, partners, and national security objectives in the region. FORAGER 21 is an opportunity for the Theater Army to exercise joint, integrated, multi-domain operations in an archipelagic environment, and to test and employ emerging capabilities. This is the first iteration of the exercise and it is the primary exercise in support of DEFENDER PACIFIC 21 (DP21).

Speaking at a press conference at Andersen Air Force Base on Guam on Sunday 1st August Lt. Gen. Jon T. Thomas, the Pacific Air Forces deputy commander, said: “The United States Army Pacific Command, America’s Theater Army here in the region, is dedicated to preserving peace and prosperity of the people in Guam and across [the Commonwealth of the Northern Mariana] Islands. “We want to maintain strong relationships and we want to build healthy communities together.

“We are demonstrating our commitment here to the defence of Guam, to the defence of the Nation, and to the values and the principles inherent in a free and open Pacific. This is the foundation of why we conduct exercises like we have today across the Pacific.”