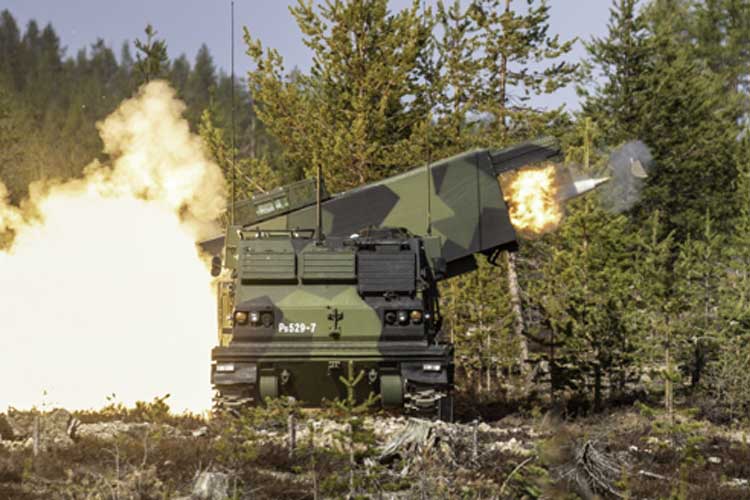 Press Release, 10 May 2021: Part of the Finnish Defence Forces’ main exercise, the exercise NORTHERN FOREST 21 is the most important military exercise of the Army this year.

Organised in the Rovajärvi Range and Training Area as well as in the region of Sodankylä and Kittilä from 17 May to 3 June 2021, the exercise NORTHERN FOREST 21 will comprise two phases. The first phase involves artillery and infantry live fires in Rovajärvi on 17–27 May, whereas the second one is a LIVEX phase that starts on 24 May to end on 2 June.

The exercise NF21 will be participated by circa 7,000 personnel, including conscripts, reservists, and salaried service personnel from the Finnish Defence Forces. The number of reservists in the exercise audience will amount up to 2,000 in total. The majority of the conscripts attending the exercise will be mustered out into the reserve in July 2021. For those mustering out, the exercise NF21 marks a milestone training event that puts to test competence and validates capability.

The exercise will also be partaken by approximately 350 Swedish soldiers. Combined training with the Swedish units develops joint operating capability and sustaining of a shared situation picture. The Swedish exercise units are from the Norrbotten Regiment as well as from the Artillery Regiment and Armed Forces Command and Control Regiment. The FISE cooperation and its development rest on the military strategic concept of defence cooperation between Finland and Sweden.

The exercise NF provides very good frameworks for developing cooperation, with the aim of efficient utilisation of resources by both parties, Exercise Director, Colonel Pietiläinen points out.

Exercise troops in small detachments: The exercise remains a key training event for training persons liable for military service, and for Finnish Defence Forces’ capability in that the latter is generated by means of force production.

The units planned for this year will undertake training as well. The capability of the units will meet the set requirements although the coronavirus situation has introduced changes in the training activity, Colonel Pietiläinen says.

The implementation of the exercise NORTHERN FOREST 21 will be coronavirus safe and involve conforming to strict precautionary measures. The exercise troops are divided into small detachments that have no contact with each other. The most extensive training grounds of the Finnish Defence Forces, the 1070-square-kilometre-wide Rovajärvi Training Area well allows positioning the exercise units sparsely. The Swedish exercise troops will be subject to coronavirus testing and self-isolation prior to arrival in Finland.