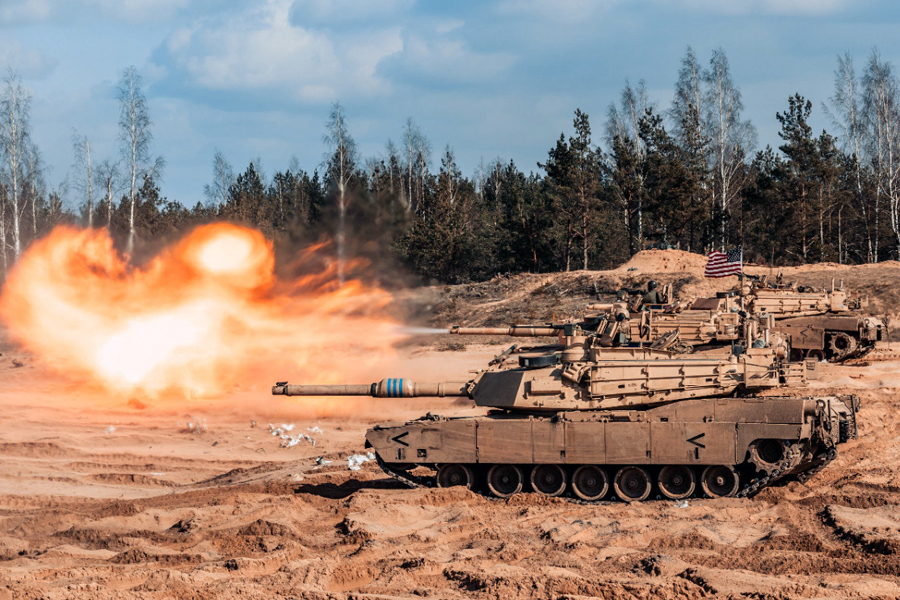 The eight-day NATO exercise CRYSTAL ARROW 2021 brought Allied and partner nations together to participate in a force on force mock battle.

NATO Allies and partners from across the globe came together to support and participate with NATO enhanced Forward Presence (eFP) Battle Group Latvia to increase cooperation, compatibility and interoperability in the event of a real-world fight against any foreign aggressors who would threaten Latvia’s boarders. Though the scenario might seem simple as battle plans are created, challenges were faced by the Allies and partners. “The terrain here is very soft,” said US Sgt. Elijah White, a tank commander assigned to Alpha Company, 2nd Battalion, 8th Cavalry Regiment. “We drop track all the time. This is one of the hardest places to train with tanks in my opinion.”

Terrain was not the only challenges faced. Throughout the eight days, soldiers experienced all four seasons of Latvian weather to include rain, snow and freezing temperatures. “It is pretty cold here and we are not accustomed to it in Spain. I think we did pretty well” said 1st Lt. Aurelio Montero, a tank commander assigned to the Spanish Army.

The exercise tested Montero and White’s crews to operate across a battlefield to overcome objectives and defend the objective after taking control of it. While the two tank commanders sat on opposing sides of the battlefield, they had common goals. Those goals included testing partner nations abilities to communicate with each other despite language barriers, identify any weaknesses and reinforce their commitment to NATO Allies and Partners.

As the battlefield lines moved back and forth across the training area, weaknesses in defence and battlefield communications were identified with the help of a multi-national team of Observer Controller Trainers (OCTs). “I am here as an OCT,” said Sgt. Sabastien Lightfoot, an engineer assigned to the 5th Canadian Engineer Regiment. “We observe the battlefield, control it to make it as real as possible and train the force with input from what we see.” As an OCT, Sgt. Lightfoot followed opposing forces across the battlefield where his team employed smoke and pyrotechnics to simulate incoming fire and to disable or destroy military equipment and vehicles. Throughout the exercise, Sgt. Lightfoot and his fellow OCTs took notes of how the NATO forces reacted that will be used in future combined training events to make NATO forces stronger together.

Though the exercise was the focus of the combined training, Allied and partner forces were able to build professional relationships and share battlefield tactics and techniques as well as share their diverse cultures with each other. “It is always good to know how other nations work and learn from them,” 1st Lt. Montero stated.

The final day of the exercise, soldiers returned their equipment and vehicles to the motor pools and took a well-earned rest before participating in a joint live-fire demonstration to ambassadors, military dignitaries, Latvian Minister of Defence, and local media outlets. “It is going to be loud,” said the narrator of the live fire demonstration. “You will get to see the full might of NATO.”