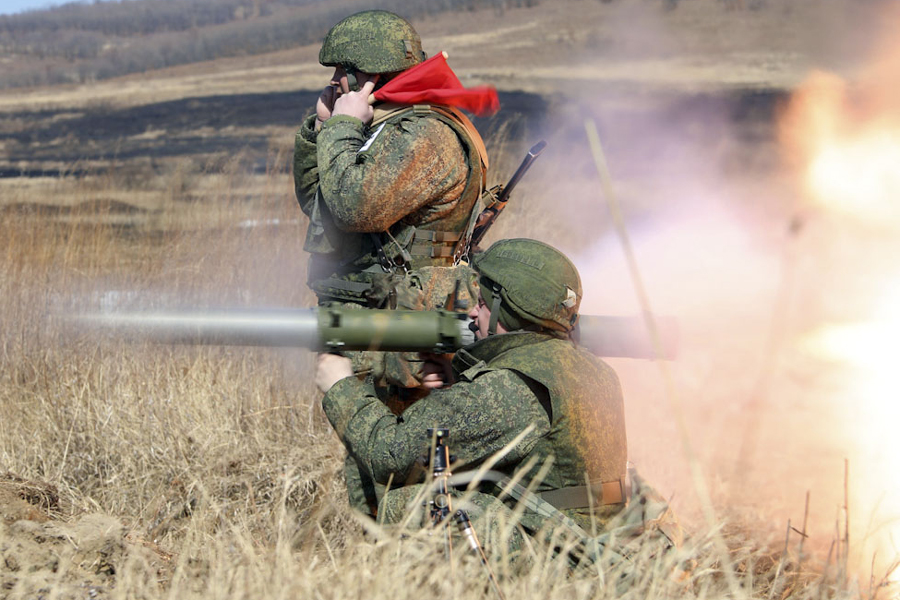 In the course of practical firing, the servicemen prepared flamethrowers for live fire, identified targets and destroyed them. This live-fire exercise for military personnel drafted in the fall of 2020 was the first this year. Previously, the servicemen trained in practical reconnaissance of targets, determining ranges to them in difficult hilly terrain.

Field training will last for another two weeks, during which they will continue to improve their skills in performing live firing with the RPO Shmel at targets imitating lightly armored vehicles of a conventional enemy at ranges up to 600 metres.

*Editor’s Comment: The RPO-A Shmel is a shoulder-launched thermobaric weapon used primarily for bunker-busting which the Russian MoD classes to be a flamethrower.