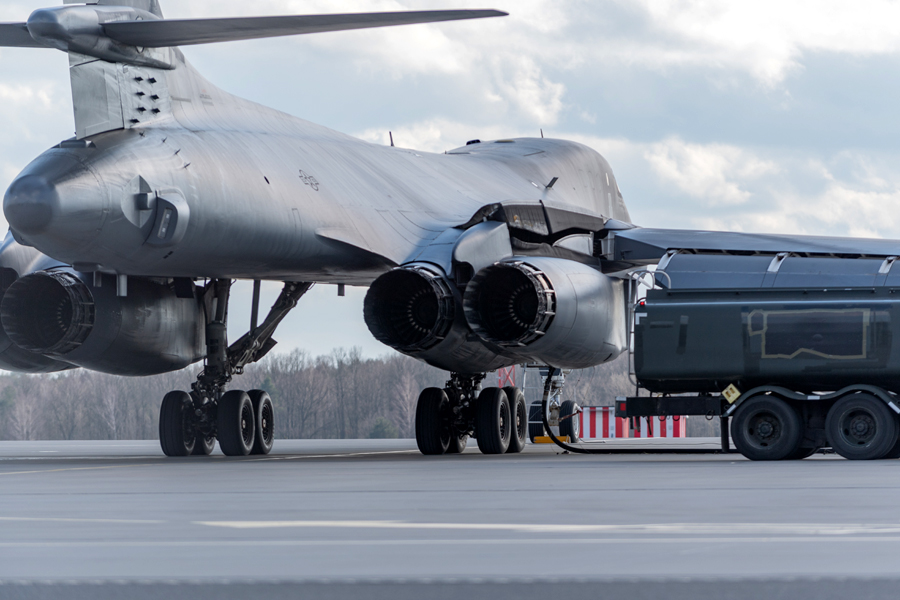 Yesterday [12 March] a US Air Force B-1B Lancer aircraft arrived for hot-pit refuelling at Powidz Air Base, in Poland. The operation was part of a Bomber Task Force mission practising elements of Agile Combat Employment. Hot-pit refuelling saves valuable time and allows the US Air Force to operate from locations with varying levels of capacity and support.

This operation marked the first time a B-1B has ever landed in Poland, demonstrating US commitment to allies and partners, and stability in the Baltic Region. On 3rd February it was announced that an expeditionary B-1 Lancer bomber squadron would arrive in Norway to support upcoming Bomber Task Force (BTF) missions out of Ørland Air Base.