BONUS SHOCK ~ US Fires Bonus Mk 2 Round In France 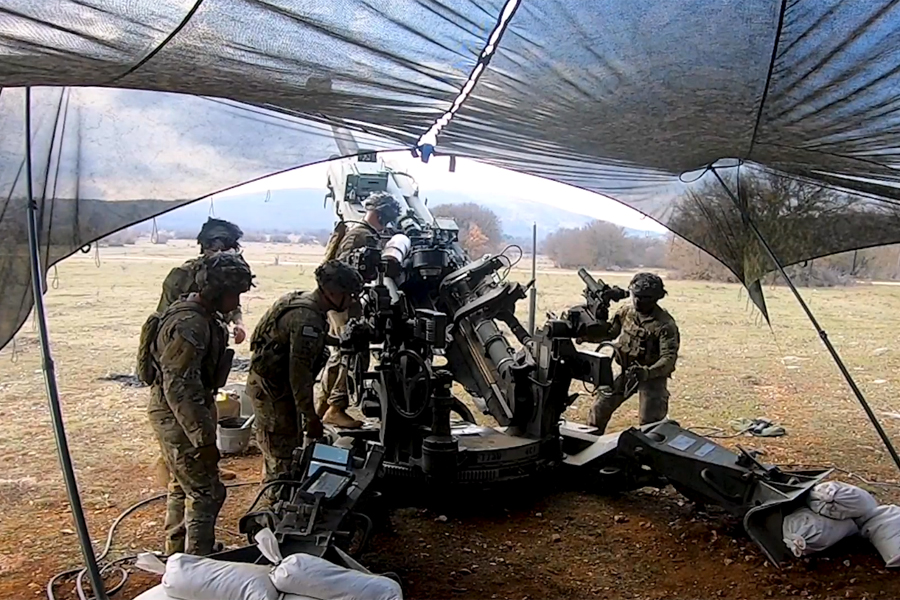 [Screengrab from US Army video by SSgt Jacob Sawyer]

According to USAREUR: The Bonus Mk 2 artillery round is a combined French and Swedish produced artillery shell designed to target and destroy stationary and mobile armoured vehicles, such as main battle tanks. It is an autonomous fire and forget all weather 155mm projectile containing 2 top attack sub-munitions. These sub-munitions are ejected over armoured targets, perform a decreasing spiral scan, detect the target, initiate the warhead and then penetrate the target. This round directly bolsters military defence and deterrence in Europe by providing precision, anti-armoured capabilities for conventional artillery units.

During the live fire event, the 4th battalion, 319th AFAR fired four of the artillery rounds from US M777 Howitzers into the artillery impact area of Camp Canjuers. This firing was the culmination of a week-long equipment familiarisation and training exercise between the 4-319th and the 93éme RMA.

The 173rd Airborne Brigade is the US Army’s Contingency Response Force in Europe, providing rapidly deployable forces to the United States’ Europe, Africa and Central Command areas of responsibility. Forward deployed across Italy and Germany, the brigade routinely trains alongside NATO allies and partners to build partnerships and strengthen the alliance.

¤ We were invited to cover Ex BONUS SHOCK but unfortunately flight/travel restrictions and PCR test logistics made undertaking the assignment infeasible.