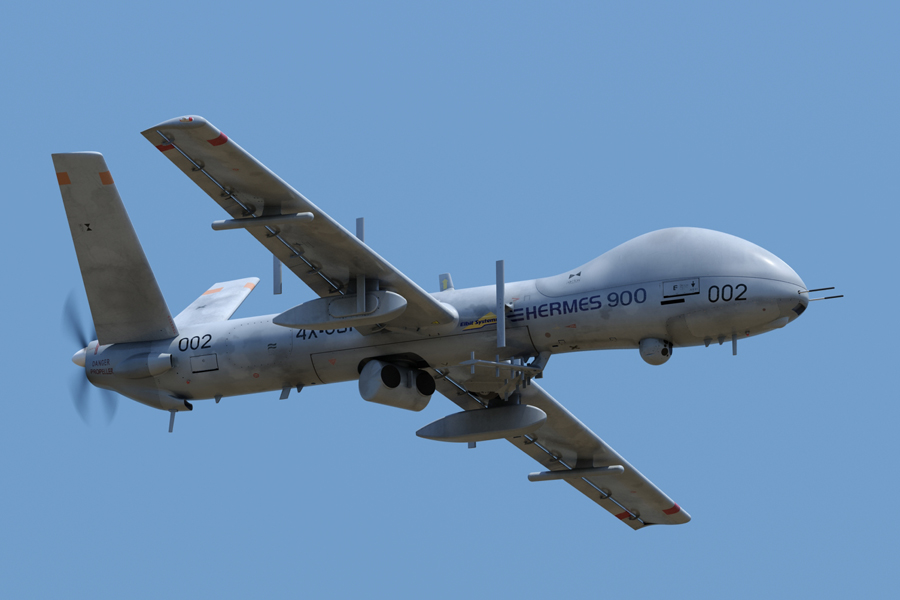 Elbit Systems has introduced AMPS NG (Next Generation) extending the capabilities of its multi-sensor payload by integrating SWIR technology.

Packed in the widely fielded two line-replacement unit (LRU) AMPS pod, the AMPS NG offers extended capabilities in all conditions, dramatically extending observation performance in limited visibility conditions, using its SWIR channel to effectively overcome high humidity, smoke or dust. In recent flight tests that were conducted in Israel, the new system was able to produce high resolution imagery of a football game in MWIR channel from a distance of 25km and aerial target tracking of the Hermes 900 in SWIR channel from dozens of kilometres.

AMPS NG is fully qualified to extreme operational conditions and is in final integration stages and flight tests onboard an Unmanned Aircraft for a European Air Force. Similar to the legacy AMPS, the new system is optimised to enhance and increase the throughput of target intelligence production which is facilitated by autonomous navigation with an inertial system and GPS, as well as highly accurate geo-pointing and geo-location capabilities. AMPS NG is also suitable for a range of airborne intelligence Stand-off and Stand-in mission profiles and is ideal for use of both manned as well as unmanned aircraft (MALE & HALE UAS).