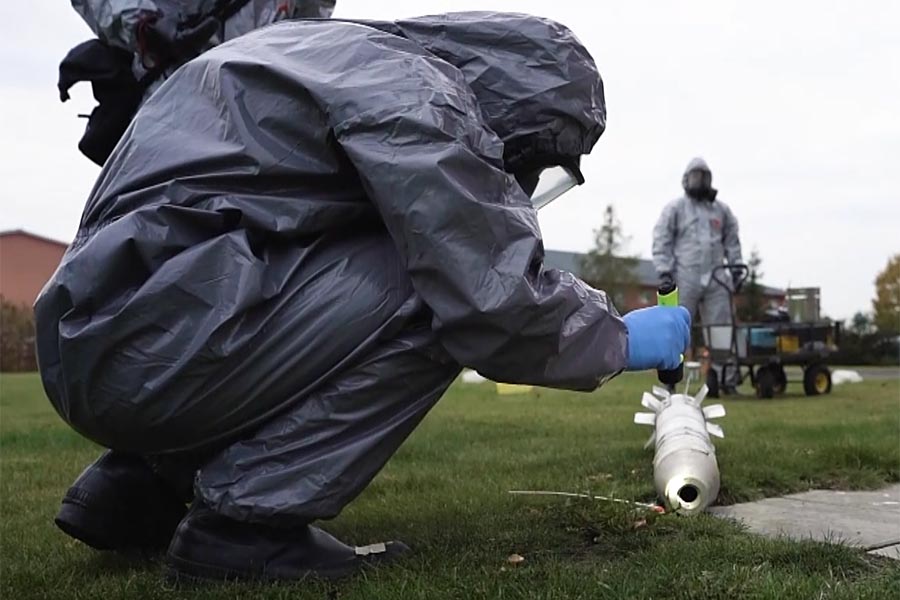 Held from 12-20 October near Liberec in Czechia (Czech Republic), the exercise gathered six NATO Allies – Belgium, Bulgaria, Czechia, Poland, Slovenia and Spain – to train in detecting and responding to CBRN attacks, including the decontamination of Allied soldiers and materiel. During the exercise, soldiers undertook precautions against COVID-19 by social distancing and wearing masks.