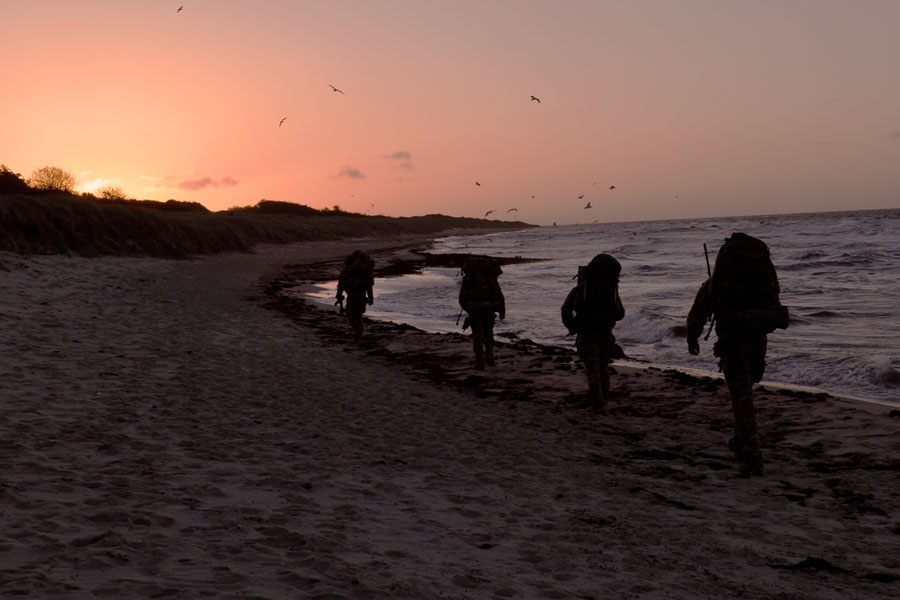 US Air Force operators assigned to the 352d SOW during a reconnaissance training mission at Bornholm in support of a combined readiness exercise at Aalborg Air Base, Denmark, 03 November 2020 [US Air Force: SrA Christopher S Sparks]

The training mission was a culmination of the combined efforts during the Baltic region exercise, highlighting and demonstrating the interoperability between the US and Northern Atlantic Treaty Organization allies to conduct surveillance, gather intelligence and engage air-to-ground and ground-to-ground capabilities.

“This mission as a whole validates our allied nation’s operational capabilities and we’re able to work together,” said a special tactics operator assigned to the 352d SOW. “We’re showing the world that we can work as a cohesive force.”

Collective training events enhance the ability of NATO forces to work together effectively and respond to threats from any direction. Ready and trained response forces, particularly Special Operations Forces, are important as both a deterrent and a capability.

“Any time we can get out and conduct a full mission profile, with everyone participating like this, it validates our tactics, techniques and procedures,” he said.

A reconnaissance team of 352d SOW special tactics operators were sent forward on the first day to locate and establish a mission support camp where they could simulate conducting surveillance and gathering intelligence to relay the information back to their contingency team.

The following day, the reconnaissance team identified the location of the leaders of the enemy faction, allowing accurate mission planning for close air support from the F15s. This also allowed the direct action assault team to plan and coordinate their arrival via the C-130J.

On the final day of the training mission, the direct action assault team engaged the enemy compound. During the engagement the team detained and neutralised the enemy forces, called in the F-15s to conduct a simulated airstrike on the compound and completed the mission.

Incorporating Agile Combat Employment concepts in austere environments, improve interoperability among the US Air Force and their allies’ while increasing ACE capabilities.

“Any time we get the opportunity to showcase our capabilities on the ground and be able to integrate them in the air, especially with our NATO partners, it always pays dividends,” the special tactics operator said.

Routine multilateral engagements enable the US and NATO partners to effectively respond to any contingency, as well as continue to train and increase readiness for a collective defence. The Baltic region unity continues to build upon and strengthen the relationship, ultimately resulting in a stronger and more lethal force.