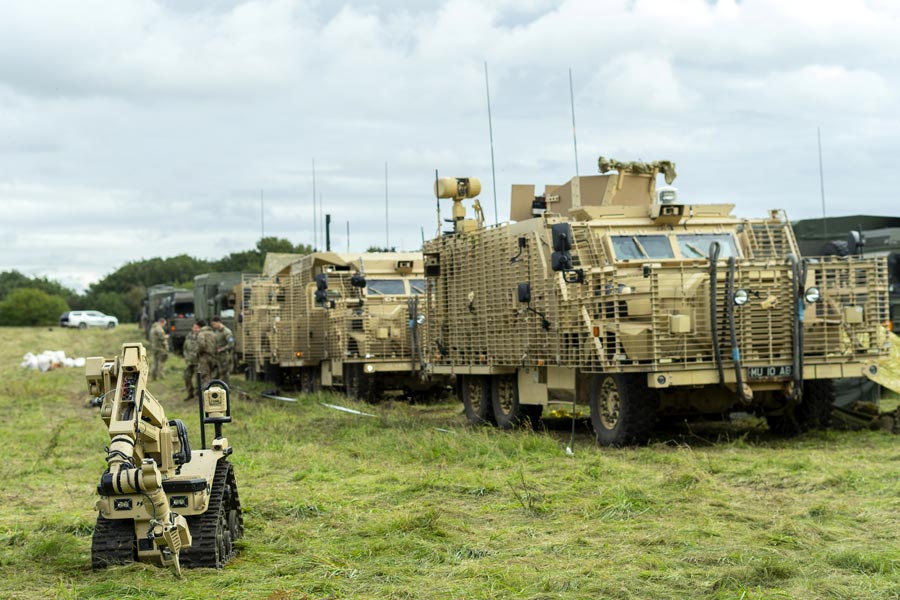 Light Dragoons and Royal Anglians have completed an MRX (Mission Rehearsal Exercise) ahead of their UN mission in Mali (MINUSMA).

The MoD photos and videos were accompanied by the following press release:-

Press Release, 30 October 2020: The 300-strong UK Task Group destined for Mali have completed their Mission Rehearsal Exercise ahead of their upcoming deployment to support the UN. There they will help to promote peace and counter instability in the region.

Having completed integration training in July of this year, the soldiers of the UK Task Group donned the famous blue UN beret on Thetford and Salisbury Plain training areas in October as they underwent final assessment by the Mission Training and Mobilisation Centre. The troops were put through a range of realistic scenarios that they may encounter in Mali while supporting the UN, from engaging with locals in a complex social landscape to conducting patrols and dealing with suspected IEDs (Improvised Explosive Devices).

Commanding Officer Lt Col Robinson said: “The UN mission is all about stabilising Mali, attempting to deliver that political reconciliation and protecting the people from the consequences of violence.

“No one in Africa or indeed Europe wants a failed state in North Africa, spreading instability throughout the region, so our mission is just a part of that wider mission in order to prevent that from happening.”