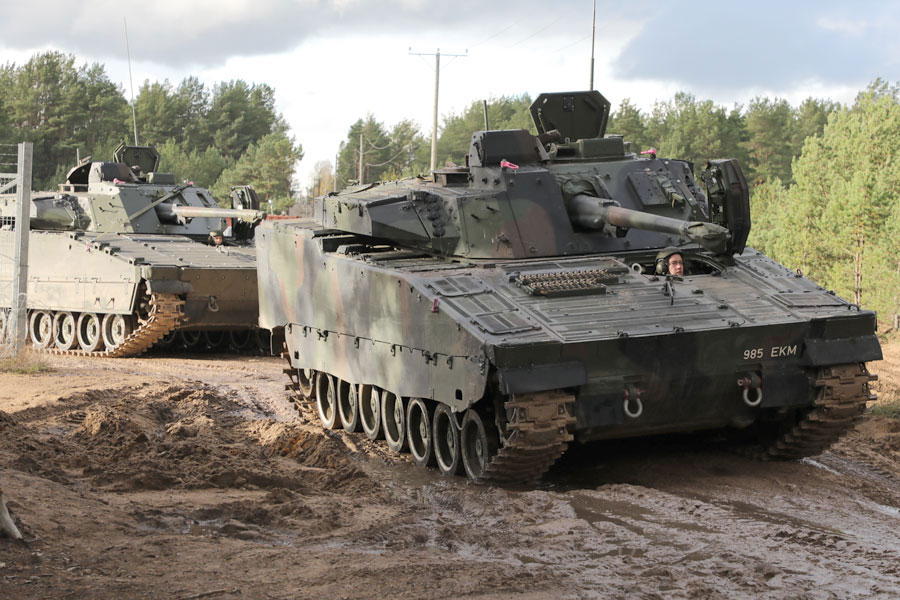 Exercise FURIOUS AXE 1, which started last Monday [19th October] at the Ādaži training ground in Latvia, trained the Allied Battle Group of the 1st [Estonian] Infantry Brigade, which performed tasks in the framework of the exercise both in defence and counter-attack.

“The main goal of the exercise is to ensure the functioning of the Allied Battle Group in cooperation with our own Scout Battalion within the brigade. The exercise itself gives us the opportunity to test different tactical situations and find out how commanders understand their solutions, how they can implement them, but most importantly – how they implement these solutions side by side or together,” said Colonel Vahur Karus, the leader of FURIOUS AXE 1 and Commander of the 1st Infantry Brigade.

On the one hand the United Kingdom and Danish Defence Forces of the Allied Battle Group located in Estonia [eFP BG EST] and the Eesti Scout Battalion fighters, who also included a company consisting of Latvian Defence Forces, participated in the FURIOUS AXE exercise. On the other side was the Latvian Allied Battlegroup [eFP BG LAT]. In the first days of the exercise, activities were practised in an attack; defensive battles began Wednesday [21st] and the exercise culminated in a counter-attack.

“As a battle group, we have not yet had the opportunity to participate in an exercise where battalion could fight against battalion, although our main task is to prepare a headache for the Allied Battle Group and the Scout Battalion located in Estonia. Through this, we too can learn quite a lot, starting from planning and ending with the implementation of various manoeuvres, “said Lieutenant Colonel Norton, Commander of the Latvian Battle Group.