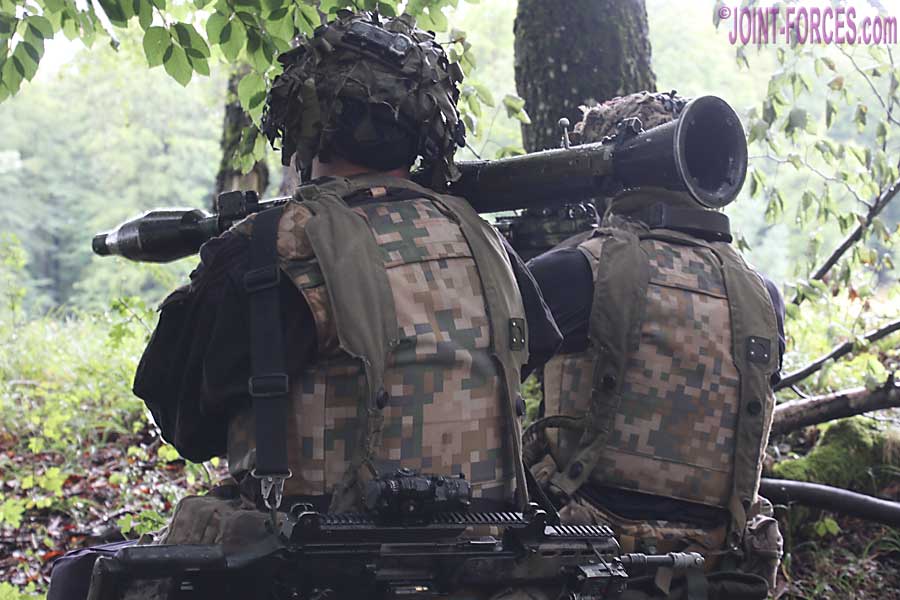 A military engineer convoy came under CBRN attack today after well-organised anti-NATO protests broke out near the town of Ravensdorf, reports Bob Morrison.

The situation in the area around Ravensdorf has been deteriorating for several days but today’s CBRN (Chemical, Biological, Radiological and Nuclear) attack on the convoy of US military engineers came out of the blue, just after a massive thunderstorm and downpour hit the troubled region. The evolving picture is very unclear but we are out on the ground and hope to be able to report in a little more detail over the next few days as the LIVEX phase of the multinational Exercise SABER JUNCTION 20 draws to a close.

More than 4,000 military personnel from the US plus Ally and Partner Nations have been involved in the exercise over the last three weeks, with non-US participants coming from Albania, Georgia, Latvia, Lithuania, Moldova, North Macedonia, Romania, and Ukraine. Some of the Latvian contingent are working alongside the dedicated US Army 7th ATC OpFor team to provide the ‘Men In Black’ militia for the exercise, allowing Cherokee Company to don their alternative Lizard Pattern camo to represent more conventional military force opponents (and allowing us to hopefully produce an interesting Kit & Camo feature in the not too distant future.

We plan to be back out on the Hohenfels Training Area tomorrow morning, when hopefully not only will the weather have markedly improved and the yellow gas clouds have dissipated, but also one of my drowned cameras might have recovered from today’s soaking. Who was it who said this morning, with a Texan drawl: “If it ain’t raining it ain’t training?” Thanks a bunch for using the R-word just before the heavens opened.