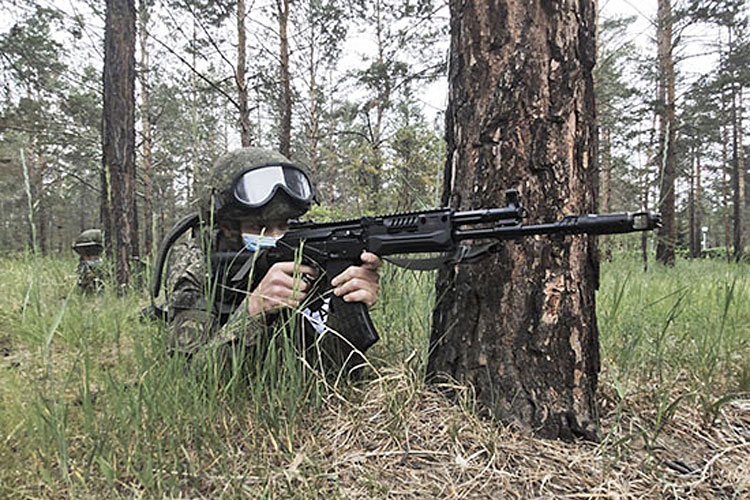 More than 1,000 Russian servicemen from the Eastern Military District have been involved in a Counter-Terrorism exercise in the Republic of Buryatia

News Release, 22 June 2020: Counter-terrorism units of the Eastern Military District stationed in the Republic of Buryatia took part in a comprehensive training on countering terrorism.

During the drill, mock terrorists sent several sabotage groups to guarded facilities of the Ministry of Defence, in particular, military depots of fuel and lubricants, and a number of military units. Mock terrorists tried to infiltrate the perimeter of military facilities and mine the approaches, as well as put out of operation fixed communication systems.

Counter-terrorism units were alerted and cordoned off the assigned areas, blocked the possible escape routes of the ‘saboteurs’ and destroyed the mock enemy with small arms fire and RPG-7 rocket launchers. In order to jam the mock terrorists’ means of communication and neutralise explosive devices equipped with proximity fuses, radio jamming stations were deployed in the blocked area.

More than 1000 servicemen and about 100 pieces of military equipment and weapons were involved in the exercise.