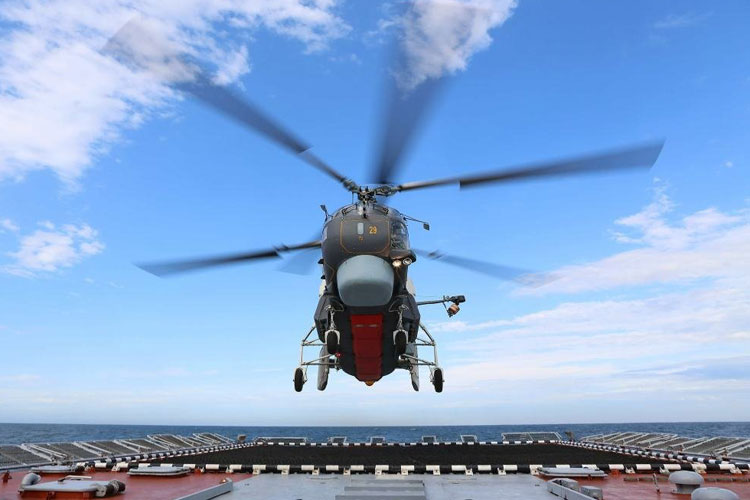 A planned tactical flights exercise of the Russian helicopter regiment of the Baltic Fleet naval aviation assets has commenced in Kaliningrad.

Press Release, 15 June 2020: The helicopter crews of the Baltic Fleet naval aviation engaged in practical action as part of the tactical flight exercise.

More than 10 crews of the Mi-24 and Mi-8 attack and military transport helicopters, as well as the Ka-27 and Ka-29 shipborne helicopters of the Baltic Fleet naval aviation are involved in the drill. During training flights, the crews will be involved in real case scenarios to accomplish the fire support tasks of the ground forces; destroying command posts, armoured vehicles and personnel of a mock enemy; conducting air reconnaissance and destroying air targets; searching for and destroying surface ships and submarines of a mock enemy on the Baltic Fleet sea ranges.

The combat training operations of the Baltic Fleet forces are conducted amidst NATO’s BALTOPS 2020 exercise of the Naval Forces held in the Baltic Sea. 17 member states, 2 partner states of the Alliance, 30 warships, up to 30 aircraft and helicopters as well as 3 thousand servicemen are involved in this drill.