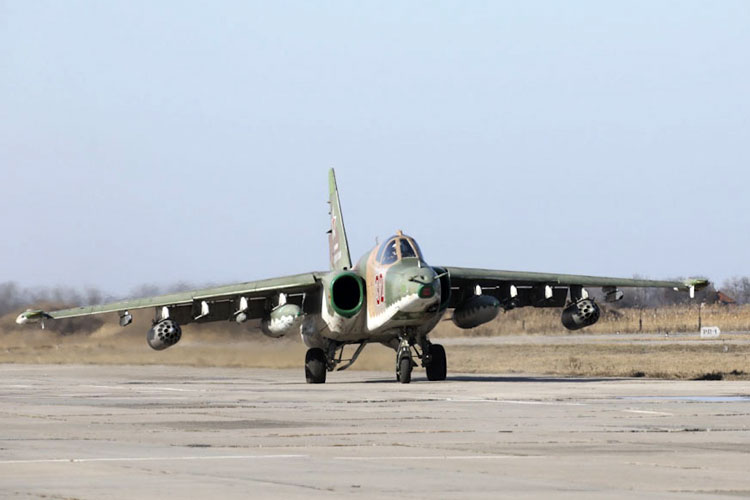 News Release, 26 February 2020: The crews of Su-25SM3 attack aircraft of the aviation regiment of the Southern Military District (SMD), based in Kuban, during planned flight and tactical training, struck the air defence facilities of the mock enemy at night as part of a flight and squadron.

When performing flight and tactical tasks, the pilots mastered the methods of secretly overcoming the military air defence of a mock enemy in a mountainous and wooded area and suddenly striking targets, using the capabilities of the standard sighting-navigation complex SOLT-25 (optical laser thermal imaging system). Target acquisition was performed at extremely low altitudes outside the air defence detection zone using anti-aircraft manoeuvring by guided and unguided aircraft missiles. The crews also worked out take-off and landing in pairs, performed elements of complex and group aerobatics, such as horizontal ‘barrels’, ‘turns’, ‘dive slides with large angles of inclination’.

In total, during the winter training period, pilots of Su-25SM3 [NATO designation: Frogfoot SM3] strike-fighter of the Southern Military District made more than 2.2 thousand sorties with the practical use of standard weapons.