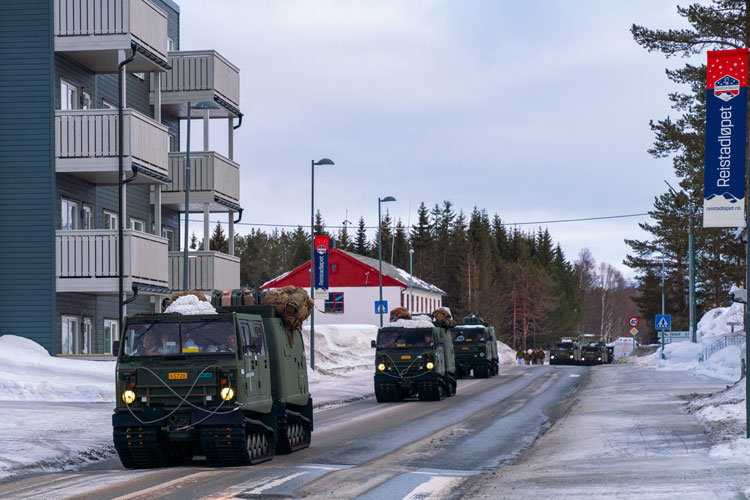 The Norwegian Armed Forces have decided to end the ongoing COLD RESPONSE winter exercise in Northern Norway which will be terminated in a controlled manner.

Forsvaret Press Release, 11 March 2020: The Norwegian Armed Forces have decided to end the ongoing winter exercise in Northern Norway. The exercise will be terminated in a controlled matter.

Lieutenant General Rune Jakobsen, chief of the Norwegian Joint Headquarters, spoke about the decision Wednesday afternoon. He underlines that the Norwegian Armed Forces are very much aware of their responsibility – and the organisation is working hard to prevent the spreading of Coronavirus in Norway. The controlled closure allows the Armed Forces to maintain their combat capability. It will also allow the Armed Forces to support civil society in the time ahead.

“By ending the exercise now, we will also avoid any unnecessarily burden to the civilian health care system, for example with illness among soldiers, accidents or corona testing among personnel, Jakobsen says.

Some of the Armed Forces’ medical personnel also have positions in the civilian health care in Norway, and they are needed there.

It will still take some time before all materiel and personnel are withdrawn from the exercise area. Participants in the exercise must follow the guidelines from their superiors. This does not mean that all operational activities in the Norwegian Armed Forces will stop. Our daily operations continue, but some measures are being taken based on the development of the Coronavirus in Norway.

Around 14,000 soldiers from nine countries are participating in the Norwegian-led exercise in Northern Norway. The exercise is the largest military exercise in Norway this year, and was scheduled to last until 18 March.

Footnote: JOINT-FORCES.com has had a presence in Norway since Sunday and we hope to be able to produce very reduced coverage of the opening phase of COLD RESPONSE 20 in due course.