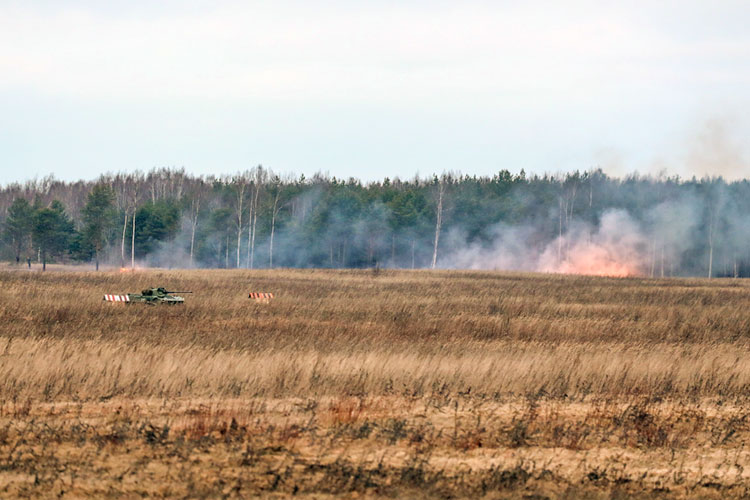 News Release, 19 February 2020: Yesterday (18th) the units of both countries conducted the first stage of tactical exercises on the landing site ‘Kislovo’ in Pskov region. According to the plan of the exercises the servicemen of both countries worked off the landing of the personnel on the airfield captured by the mock enemy, termination of the control tower, blockage of the mock enemy reinforcement.

As it was noticed during the first stage conduction by the Deputy Guards Division, commander Guards Colonel Roman Samohin of airborne-assault formation of the airborne troops : “Today has started the active phase of the joint battalion-tactical exercise of airborne-assault regiment and one SOF RB company. The personnel involved in the exercise completed the landing on the landing site part and performed the first task by terminating the control tower and guard units. Further more servicemen started with preparations for raid to the appointed area”.

In total, the exercise will involve more than 400 military personnel, about 100 units of military equipment of the Pskov guards airborne assault formation and SOF RB formation servicemen. In addition, the exercise involved 2 Mi-24 helicopters and 8 Mi-8 AMTSH helicopters of the Western Military District, as well as 4 Il-76MD military transport aircraft of the Russian Aerospace Forces.

¤ The first joint Russian-Belarusian tactical exercise in 2020 between the Russian airborne troops and the Special Operations Forces of the Republic of Belarus (SOF RB) Armed Forces will take place from 18 to 21 February at the ‘Strugi Krasnye’ and ‘Zavelichye’ ranges in the Pskov region under the leadership of Pskov Guards Airborne Assault unit commander, Guards Major General Igor Kapliy.

Editor’s Note: For those with minimal geographic knowledge of Russia, Pskov is a city around 50km east of the Estonian / Russian border parallel to Võru.