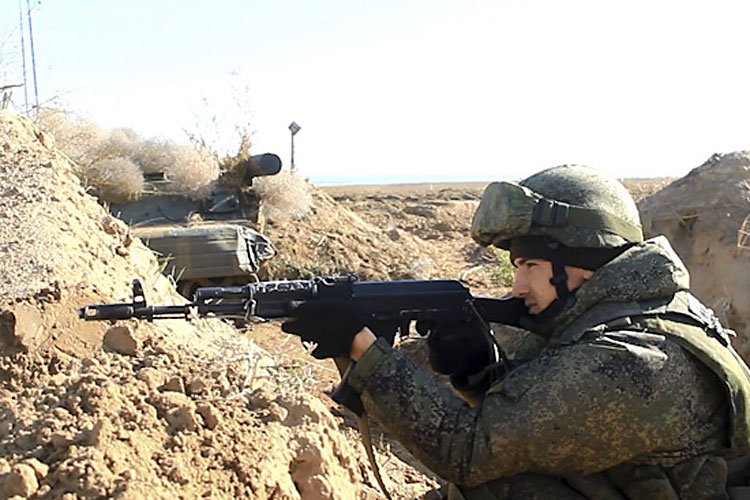 Russia has announced 1,000 troops have launched a counter-terrorism operation during the SELENGA 2018 Russian-Mongolian joint exercise.

Press release, 11 October2018: A Russian-Mongolian group has launched a counter-terrorism operation within the SELENGA 2018 Russian-Mongolian joint exercises at the Burduny training ground in the Republic of Buryatia.

Units of a combined arms army of Eastern Military District and Mongolian Armed Forces practise first live-fire stage to engage enemy by fire and cooperate with aviation. It is the first time as the TOS-1A Solntsepyok heavy flame-thrower systems which are in service with chemical troops of Eastern Military District in Buryatiya are used at the SELENGA 2018 Russian-Mongolian exercises.

A motorised rifle unit of the Eastern Military District, together with the pilots of army aviation, landed on an unfamiliar terrain and eliminated a simulated sabotage and reconnaissance group. Combat environment will change during the main stage; main force will locate, isolate and eliminate a big illegal armed group.

In total 1,000 troops are engaged in the drills from the two countries as well as up to 200 pieces of armaments and military hardware including assault, bomber and army aviation of Eastern Military District.