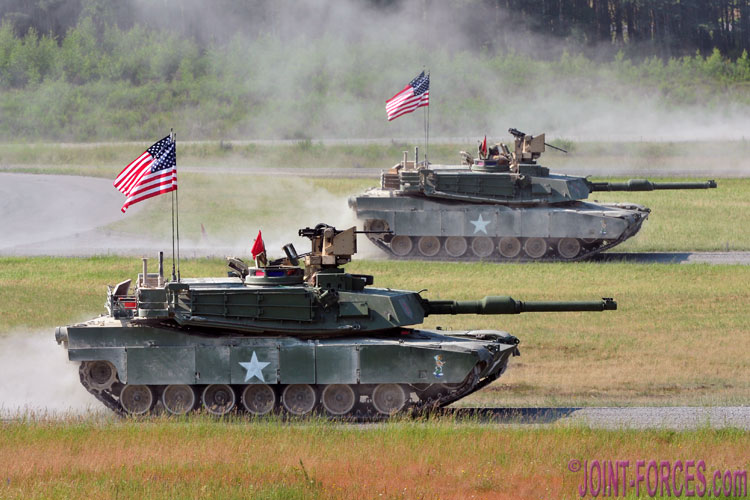 The annual Strong Europe Tank Challenge (SETC) is a kind of revival of the famous Cold War era Canadian Army Trophy (CAT) tank live fire competitions, of which the last was conducted in 1991, writes Carl Schulze.

Co-hosted by the 7th Army Joint Multinational Training Command of US Army Europe and the Bundeswehr, the first Strong Europe Tank Challenge was conducted in 2016 and won by the German team from Gebirgs panzer bataillon 8, equipped with Leopard 2A6M+ Main Battle Tanks. In 2017 the competition was won by the team of Austria provided by Panzer bataillon 14 and equipped with Leopard 2A4 Main Battle Tanks.

Between the 3rd and 8th June this year, the third edition of the competition took place at the Grafenwöhr Training Area in Germany.

According to US Army Europe documentation the Strong Europe Tank Challenge is designed to project a dynamic presence, foster military partnership and promote interoperability, and also provide an environment for sharing tactics, techniques and procedures. Rather than trying to evaluate which nation fields the most capable MBT, the competition is designed to measure the training level of the teams and how well they can use their training when performing with their MBTs.

As part of the competition the participating teams had to score at twelve different stands and perform the Shoot-Out:

Depending on the type of stand points were given, for example, for the number of hits scored, the amount of ammunition saved, the time in which the given mission was achieved and so on. In total the battle run was scheduled to take 180 minutes, including the after action review and presentation of scores. During this period the teams were to engage ten MBT vehicle targets (1.9m x 1.8m) showing in open terrain , eight MBT targets (1.9m x 1m) depicting emplaced vehicles, six armoured infantry fighting vehicle targets (1.25m x 1.35m) and twelve groups of dismounted troops, with targets only being presented for 15 seconds. To execute the shoot the teams were issued a total of 40 main gun rounds and 600 rounds for the coaxial machine guns. Final Results: The winner of the Strong Europe Tank Challenge 2018 was Germany. Second place went to the team from Sweden and the Austrian team became third, with fourth place going to the team from the United Kingdom.