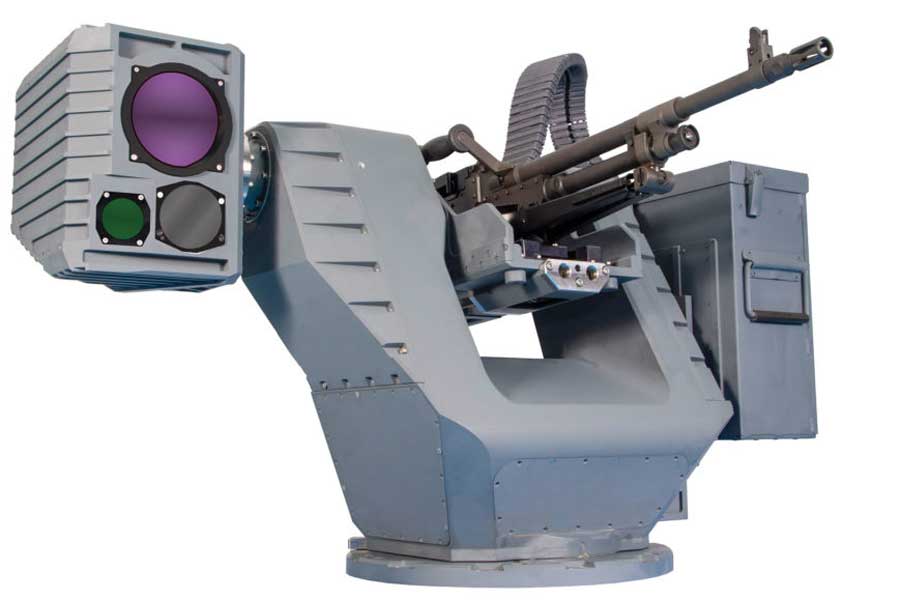 Press Release, Jakarta, 02 November 2022: ESCRIBANO Mechanical & Engineering (EM&E), a leading Spanish company in innovation and technology in the Defence and Security sector, is currently participating in Indo Defence Expo & Forum, the largest defence exhibition in Southeast Asia, which will take place until November 5 in Jakarta and will be visited by the Indonesian Minister of Defence, Prabowo Subianto. There for the first time, an agreement has been achieved for the supply of remote weapon station GUARDIAN 1.5 to the Indonesian Army Motorized Brigade.

During the event, EM&E will have an exhibitor area where attendees will be able to see its complex defence systems on display: the SENTINEL ASPIS remote control weapon station, from the naval family of turrets, and the GUARDIAN 2.0, a land station. Both are gyro-stabilised on two axes and are capable of operating both day and night.

The SENTINEL ASPIS is the lightest naval station available on the market. With a weight of less than 100 kg, this system combines an advanced fire control and aiming system and can integrate a 5.56mm or 7.62mm calibre machine guns.

As for the GUARDIAN 2.0, it is a land station that can be mounted on different platforms or vehicles with a high capacity for weapon integration, capable of operating 7.62mm, 12.7mm and 40mm MK19 grenade launchers, as well as artillery launchers. Thanks to the armament capacity the system withstands in its standard configuration, this same system has also been employed as a C-UAS system, using it as a hard-kill solution to deal with threats such as commercial UAVs, maximising its interoperability with other detection and neutralisation systems.

Additionally, during the exhibition, EM&E has concluded an agreement with the Indonesian company PT Jala Berikat, a private company dedicated to the industry of military and police tactical vehicles, non-military special vehicles and disaster management. PT Jala Berikat operates under the trade name of J-Forces, which is why, for the first time, the Spanish company will enter the Asian market thanks to the strategic industrial collaboration with this company and the sale of the remote weapon station GUARDIAN 1.5 which will be on display at the J-Forces stand at Indo Defence Expo & Forum.

The GUARDIAN 1.5 is a lightweight and compact remote weapon station, specially designed to incorporate a 12.7mm machine gun. The system features 2-axis stabilisation and is capable of both day and night operation. It is a system conceived to be integrated into a wide range of land and naval platforms and vehicles, providing excellent defence capacities for short and medium ranges with high fire accuracy, a proven solution against asymmetric threats.